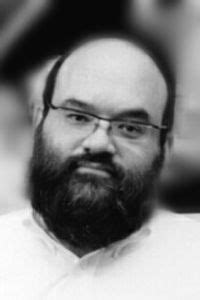 Approximately three years ago, a Lakewood Township employee by the name of Yecheskel “Charlie” (Chatz) Schwab filed a lawsuit against Hershel “Harold” Herskowitz and Shlomie Klein claiming he was defamed by them. The Plaintiff Schwab is the owner of an LLC called DataMap Intelligence which claims to provide mapping and demographic information and also consulting on “land management” to Lakewood Township.

Between August and December of 2018 JLeaks.com published four articles that allegedly “defamed” Charles Schwab by exposing his eye-popping model of business and included official documentation detailing his several highly suspected land swap deals with the township of Lakewood. It also examined his secret ties to Lakewood Committeeman Menashe Miller. In addition, another article was published on a popular local website called Hefkervelt.com in August of 2018, which further discussed the taxpayers concern over these shady dealings. Schwab claimed in his Complaint that Klein was the author of the articles.

Hershel “Harold” Herskowitz was sued over a few Tweets where he provided a link to the story about Schwab and expressed disgust regarding a local government official’s corruption.

Schwab sued, claiming to have lost future business in excess of 1.5 Million (!!) dollars due to these articles and tweets. However, he failed to produce any shred of evidence for any aspect of his obviously bogus claims.  In fact, he continued to secure for himself bi-annual contracts with the Township of Lakewood which paid him even more lucrative rates for his “services”. The plaintiff and his attorneys had almost THREE YEARS to show support for and back up his claim – but they utterly failed because it was too difficult to fabricate evidence under the watchful eye of the court. The judge decided to end the case by issuing an ORDER TO DISMISS WITH PREJUDICE.

Schwab hired an expensive attorney who is a partner at Wilentz, Goldman, Spitzer – a top NJ law firm. It is estimated Schwab paid over $300,000 in legal expenses. (This money likely originated from the savings he gained through his underpaying for many of the public lands he traded with the township.)

Interestingly, the defendants did not incur any legal expenses as they were able to represent themselves pro se for the most part. Towards the end of the litigation process Shlomie Klein got himself an attorney which provided him with pro bono representation due to his strong commitment to advocate for members of the press. Herskowitz also obtained himself a lawyer at no cost.

In hindsight, it is clear that the plaintiff was himself intending to do that which he claimed was done to him. That is, he was aiming to destroy and defame the defendants, by means of a frivolous lawsuit. Schwab remains a wealthy and well-connected individual who was seeking to destroy the financial standing and reputation of journalists and political activists who did not fall in line with Lakewood’s powerful and wealthy establishment, which he is a part of. This reprehensible tactic is legally known as “Strategic Litigation Against Public Participation”. It is also illegal to weaponize the court system against citizens in this manner.

Additionally, many keen observers contend that Charlie “Chatz” Schwab was in fact acting on behalf of certain powerful interests in attempting to shut down vocal citizens who questioned the many suspicious activities that local politicians and their appointed board members do behind closed doors. Despite their best and very costly efforts, their mean-spirited attempts fell flat when their ridiculous lawsuit got booted out of court.

The court sent the plaintiffs a loud and clear message that it will not allow itself to be used as a tool to intimidate private citizens from exercising their lawful right to engage in public participation regarding public interest matters concerning corrupt business dealings between elected officials of a municipality and its vendors, or whoever else they use to take part in crooked affairs with taxpayer monies.

This ruling also serves to encourage all private citizens to become watchdogs and report shady activities (such as land swaps, street vacations, and more) to the rest of the community, and most importantly to loudly question and discuss the legitimacy of these sneaky dealings.

It is a good day for Lakewood. Justice for the people has prevailed!