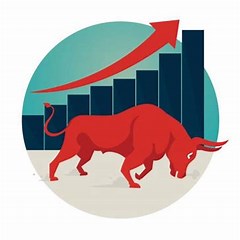 Universal Basic Income, or “UBI,” is a Democrat wish list item that can rightfully be called the “Quiet Socialism.”  It cannot be called the “Soft Socialism,” because it is hard Left Communism.  “Universal,” everyone gets this shoved down their throats whether they want it or not.  “Basic income,” the redistribution of wealth by the expanded and empowered Government.

The city of Stockton, California recently launched a local ubi program.  Chicago is flirting with the idea of paying “people of color” a monthly stipend around $500, hardly a living.  Oakland, California is rolling out a similar plan as slavery reparations.

Leading proponents of UBI include Democrats Bernie Sanders, Elizabeth Warren, Andrew Yang, and Tulsi Gabbard.  Rep. Gabbard recently appeared on the popular conservative TV show Tucker Carlson on Fox.  She gave her opinion on US-Russian tensions, by warning (threatening?) America of nuclear war, the devastation of which she described in vivid detail.  Her opinion was not qualified, although it bears notation that Hillary Clinton previously alleged that Rep. Gabbard is a “Russian asset.”  Rep. Gabbard sued for slander.  Tucker brought up the spying allegation to her during a previous appearance as if it were a joke, too far-fetched to be taken seriously.  However, our research uncovered that Rep. Gabbard received political and material support from a one Ms. Fang Fang, the accused Chinese spy who seduced Rep. Eric Swalwell (D-CA).

Another Politically Correct euphemism that calls for closer examination is “modern monetary theory.”  Simply put, modern monetary theory means making money by printing more of it.  It is not clear if whether or not the Biden regime will be employing modern monetary theory to cover their newly unveiled 2.3T infrastructure spending plan, although administration officials have reportedly recommended it.  When this strategy was attempted in post-war Hungary and Germany, it led to hyperinflation and the collapse of their economies.