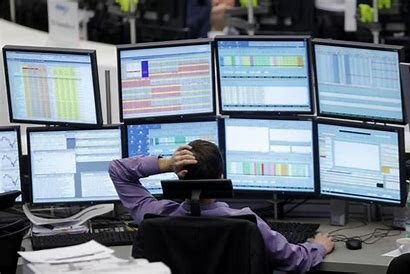 These pension leaders are left wing hacks that control the hundreds of billions of pension investment dollars taken from hard working employees in NYC. This is nothing more than evil and must be stopped and challenged.

Shareholders should support resolutions filed at Bank of America Corp, (BAC.N) Goldman Sachs Group Inc (GS.N) and four other banks “in order to mitigate the systemic risks posed by unfettered climate change,” according to a statement sent by a representative of New York State Comptroller Thomas DiNapoli, who oversees some $280 billion in retirement assets. read more

Backing from the third-largest U.S. public retirement system will boost prospects of the resolutions from green-minded investors including the Sierra Club Foundation and Trillium Asset Management.

Effectively, the nonbinding proposals call for banks to end development of new fossil fuel projects in line with calls this year from global watchdog the International Energy Agency (IEA).

So far, banks have opposed the resolutions. In a securities filing Bank of America said its board “believes the policy requested by the proposal is unnecessary in light of our commitment to financing a low-carbon environment, our robust risk management programs and policies, and our net zero commitment.”

Goldman Sachs said in another filing that given its investments in decarbonization and transition finance, its stakeholders “are better served by our engagement, not our divestment.”

Influential proxy adviser Glass Lewis so far has recommended investors vote “against” the resolutions, saying the banks have been responsive to climate concerns.

In another report Glass Lewis also wrote that expanded fossil fuel development is likely as result of Russia’s invasion of Ukraine. “Shareholders may be reluctant to limit Bank of America’s ability to participate in such projects in the current geopolitical context,” Glass Lewis said.