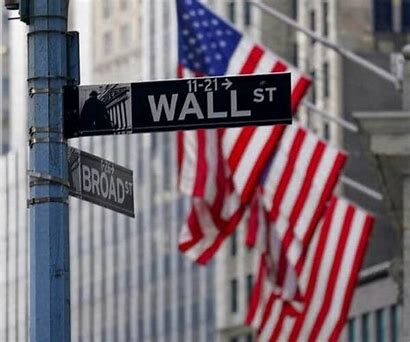 All three major U.S. stock indexes ended deep in negative territory, with tech and tech-adjacent stocks pulling the Nasdaq down 2.2%.

“There’s been two kinds of sell-offs in the past month or two,” said Peter Tuz, president of Chase Investment Counsel in Charlottesville, Virginia. “There’s the rising yields which primarily affects tech and other growth stocks, and then there’s the recession/economic slowdown sell-off that affects energy and various materials’ names.

The benchmark 10-year U.S. Treasury yield hovered near a three-year high ahead of key inflation data expected on Tuesday.

The U.S. Federal Reserve has vowed to aggressively tackle scorching inflation, and market participants largely expect a series of 50-basis-point interest rate hikes from the central bank in the coming months. read more

“All eyes on an inflation number that’s probably going to be the highest in 40 years, which could prompt higher and more frequent (interest) rate hikes from the Fed,” Tuz added.

The Labor Department’s CPI report expected on Tuesday for any sign the inflation wave has crested. Analysts expect the report will show an 8.5% year-on-year growth in consumer prices, the hottest reading since 1981.

Ukraine said it expected Russia to launch a huge new offensive soon as the most serious conflict in Europe since the Balkan wars of the 1990s wore on, despite ongoing peace negotiations. read more

All 11 major sectors in the S&P 500 ended the session in the red, with energy shares (.SPNY) suffering the biggest percentage losses.

Analysts have curbed their first-quarter optimism. On aggregate, annual S&P 500 earnings growth is estimated to be 6.1%, down from 7.5% at the beginning of the year.

As for Tesla, data showed sales of its electric vehicles plunged in China last month due to that country’s efforts to curb COVID-19 outbreaks, sending its shares down 4.8%. read more

Declining issues outnumbered advancing ones on the NYSE by a 2.64-to-1 ratio; on Nasdaq, a 2.08-to-1 ratio favored decliners.

Volume on U.S. exchanges was 11.03 billion shares, compared with the 12.71 billion average over the last 20 trading days.