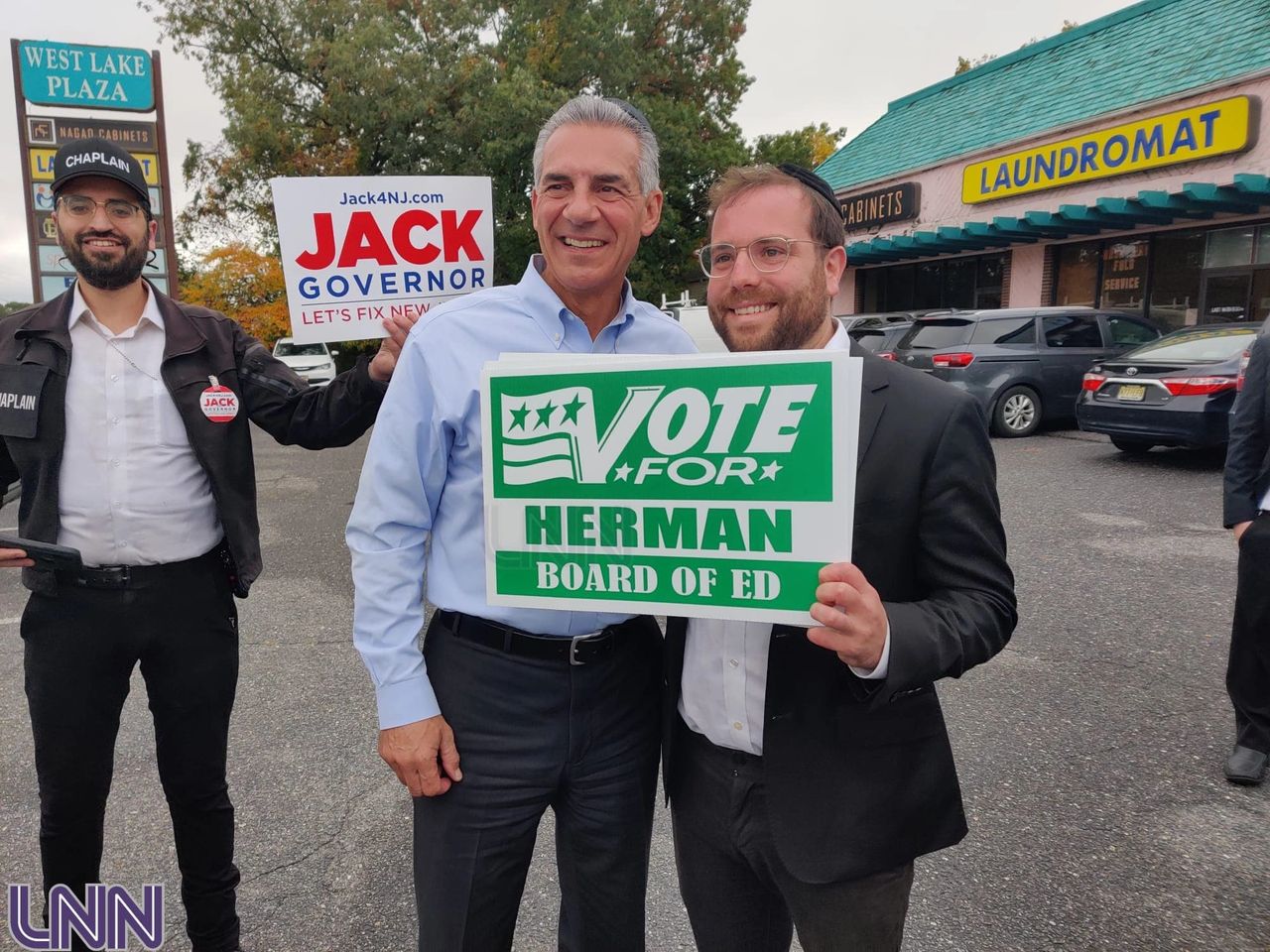 Tzvi Herman who ran on the republican ticket to enter a second term on the Board Of Education, received only 5% of the votes.

Many suggested that Jackson TWP, being a young Jewish community is not yet strong enough to gain integration into the larger Jackson community and was therefore hampered in his efforts to gain attention even though he ran on a very strong platform. In fact he was even endorsed by Jack Ciattarelli who feared very well in Jackson.

In a call with Mr Herman he responded that while the Lakewood community generally came out strong for Jack Ciattarelli, their still remained an ambivalence to the rejection of the VAAD’s endorsement of Murphy. This might have discouraged many jewish voters who stayed home due to confusion.

Tzvi Herman is determined to keep up the fight to contribute to the benefit ALL of the residents of Jackson TWP.

David Rosenhthal , a bloggiest known for attacking Rise Up Ocean County accused Tzvi Herman, a member of the Board of Education of Jackson, for sending him a mapped list of all Orthodox Jews living in Jackson. Mr Herman told JNews that this is far from the truth. The google map was crated by him for the benefit of the community and was shared with some of the local realtors. Somehow it got out to the public. Tzvi removed the map once it became an issue.

It should be noted that David Rosenhthal and others are upset with Tzvi for communicating with RUOC. Tzvi Struck a workman’s friendship with RUOC to the point that he got their full endorsement! This is quiet an achievement as no other local Jewish politician has done so, until now.

Is this an Oh Oh! Moment or a Subtle Warning

The War Between Developers and Politicians Rages On