According To The CDC, Every New Jersey County But One Is Now Required To Wear Face Masks 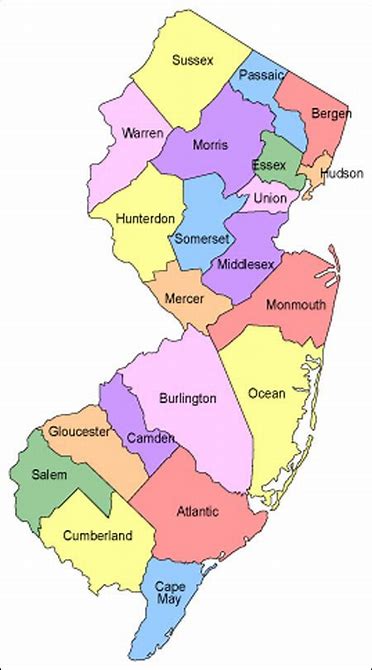 RED BANK, NJ – Last week we reported that according to CDC guidelines, 8 New Jersey counties were in the substantial to high-risk level for COVID-19 infections and are in danger of another round of mask mandates by Governor Phil Murphy.

Last week, those counties Atlantic, Bergen, Burlington, Essex, Middlesex, Ocean and Union. This week, as the delta variant is becoming more prevalent, however so far, much less deadly than prior strains of the virus, every county in New Jersey has been identified as being in moderate or critical status except for one.

Today, only Warren County meets the criteria to not mask up. For many New Jersey residents and business owners, the thought of a new round of business closures and executive orders by Governor Phil Murphy is more frightening than the virus itself.

New Jersey Governor Phil Murphy has a hard decision to make in the very near future. The governor, who says he follows the science and the CDC guidance when it comes to actions taken during the COVID-19 pandemic is finding himself at odds with the CDC and the science guidance it is providing because he’s also battling a tough election campaign this year.Breaking News:  New Yorker wins $1,000 a day for life in New Jersey lottery

A return to a statewide mask mandate could give Phil Murphy’s opponent Jack Ciattarelli a much-needed boost in the November election as New Jerseyans are suffering the worst pandemic fatigue in the nation. The state was the first to mandate face masks and the last to lift the mandate.

Governor Murphy also imposed one of the longest private business lockdowns in America during the pandemic. Now, he’s starting to backtrack on promises that New Jersey won’t see the second wave of statewide restrictions and mandates.

This week, New York City began requiring vaccinations for restaurants, sporting events, theater, and indoor entertainment. New Jersey could be next as Murphy has often coordinated his own virus response with New York City as the northern part of the state is essentially a suburb of New York City with millions of New Jerseyans working there.Breaking News:  16-year-old girl shot in Atlantic City

CDC director Rochelle Walensky also advised that any resident living in a county that is identified by the CDC with a ‘substantial’ rate of transmission should also wear face masks indoors, regardless of vaccination status.

Phil Murphy this week insisted that he does not want to return to a mask mandate, even though he now has the authority to enforce it, without issuing an executive order. The rate of transmission statewide in New Jersey on Monday was 1.37, .37 higher than the threshold that by law, reinstates his executive pandemic level powers. Last week, the rate climbed to 1.5.

Murphy is facing even more pressure from voters. Many do not want to see the state revert back to a mask mandate and if forced to do so, it could hurt Murphy in the November election against Jack Ciattarelli.

For now, Murphy and New Jersey are still in a ‘wait and see’ holding pattern, but Murphy said he will not hesitate to reinstate the mask mandate should the numbers in the state begin to deteriorate further as the highly contagious delta variant is now sweeping through the unvaccinated population.

4 thoughts on “According To The CDC, Every New Jersey County But One Is Now Required To Wear Face Masks”