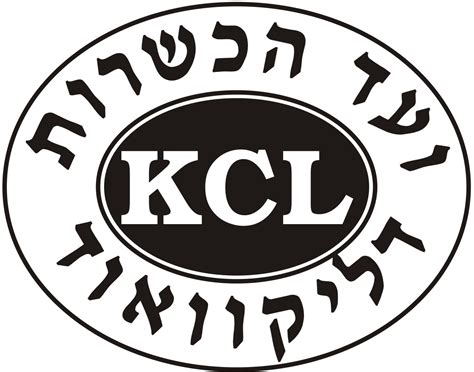 I was Invited to an affair under the supervision of Lakewood’s yeshiva’s established  “Hashgocha” Kosher Council of Lakewood, aka “KCL” , but which was being held in a non-kosher facility, we went into the kitchen to look around and to compare notes with the Mashgiach. We were not prepared for what we found.

More disappointing was to learn that the “Rabbonim” who certified the  KCL  never visited any of their certified establishments. The affair under their certification was being held in a non-kosher facility.

This letter, basically unchanged, was mailed to all of the “Rabbonim” in the Lakewood Yeshiva’s KCL kashrus organization. To date, “we have not received any reply”.

We would be remiss if we do not report to you directly just what we observed of the procedures used at an affair supervised by your Hashgocha organization which was held in a non-kosher establishment. At a recent affair where we were guests, we went into the kitchen with another Rabbi. Having been shown around by the Mashgiach on duty, we had the following concerns which we hope you will address.

1. The non-kosher facility was allowed to leave their non-kosher utensils out in open view of the waiters and kitchen staff. By utensils, we mean ladles used to serve soup, etc. and eating utensils. Needless to say, with a little preparation these could be kept out of sight of the non-Jewish staff so as not to tempt them to use them.

The Mashgiach said to us, “I’ll give you $100 if you find any non-kosher utensil on the floor (in the ballroom).” The Mashgiach himself goes onto the ballroom floor from time to time to check if utensils are mistakenly used. This means that the possibility does exist. It also means that he is not constantly in the kitchen. Then why leave the utensils out at all?!

We understand from your head Mashgiach that he had advised the Mashgiach on duty to allow the eating utensils to remain in hands reach but covered. Instead, the Mashgiach put them 8 feet away, completely uncovered. Why should this be allowed? It is inviting trouble.

We also observed some 6-8 (non-kosher) ladles hanging in full view. It takes a worker seconds to grab one & put it into the soup. (See also #5 that no ladles were marked in any way, as kosher, dairy, meat or parve .) This is one of the reasons why accidentally non-kosher utensils sometimes (too often) get taken back in error from an affair held at anon-kosher facility. (All too common.)

2. Since a) the affair was fairly large (500 plus guests), b) the Mashgiach does leave the kitchen to check the floor (ballroom) as well as for personal needs, and c) non-kosher equipment is in full hands-reach of the staff, I feel that such an affair requires two (2) Mashgichim, not just one. (See # 6.)

3. The Mashgiach allowed the waiters to use the non-kosher (uncovered) trays for serving hot foods. This is not an accepted procedure anywhere, as far as we know. Should a hot piece of chicken fall onto the tray (the waiter would put it back on to the plate), would that not constitute a serious kashrus problem?

4. Only a part of the kitchen was kashered. Quite understandable. However, it seems inappropriate to have different kosher zones spread throughout the kitchen area. Better would be to cover with paper the entire area from the ballroom side until where the kosher food is prepared, not to leave open spaces that are not-kosher between where the food is cooked, prepared & served. It is so easy for a worker to put a hot pot, utensil, etc. on the nearest space available.

5. There were places which the Mashgiach did not kasher which we feel do need kashering. Some counter spaces had raised racks over them. The underside of the raised racks was not kashered nor covered. This presents a “zeah” (vapor) problem, one which kashrus agencies do know to address. It could also be a problem of actual food leftovers because no-one even bothered to examine the underside of the racks. See also next paragraph.

The Mashgiach at the affair told me that indeed this is a problem and he would try to cover the bottoms of the racks in the future.

We also noted a pole in the middle of the production area which we felt should have been kashered, not just washed, and/or should have been draped with some material. The pots and pot covers do touch this pole while they are hot. Although the Mashgiach washed it, he neitherkashered nor covered it.

6. None of the caterer’s ladles were marked for meat. This caterer does both meat and dairy at his commissary. We were told by your head Mashgiach that since there are so few dairy ones, only the dairy utensils are marked. Although Shulchan Aruch advises marking one type of utensils, the common procedure today, wherever I observed, is to mark both dairy & meat serving utensils, especially if catering innon-kosher facilities also, & paint does wear off. We must be able to distinguish between the caterer’s kosher utensils & the facilities non-kosher utensils.

7. While we were waiting, we saw some of the staff go to another room, eat non-kosher pizza, bring the boxes into the kitchen & then resume serving, with no washing of hands between eating thenon-kosher pizza & serving a Glatt kosher meat dinner. The Mashgiach did not (realize) respond until the problem was pointed out to him. Then he asked only one or two workers to wash. This is an additional reason why we feel that the affair needs another Mashgiach.

I would appreciate either a written or oral response. Update: We never received any response or acknowledgement from the Rabbonim or the Organization.

KASHRUS experts  recently discovered a number of such organizations where the “Rabbonim” themselves have never seen the operation which they certify, but instead rely totally on the head “Mashgiach” or on their Kashrus Administrator to make all “halachic” decisions.

In other words, every agency, organization, and individual out there giving hashgocha should be doing a proper job. Unfortunately, many are not, even to the point that one cannot eat at establishments that they certify or eat the products that they certify unless the kashrus system is independently verified.

Ubiquitous underperformance, even in bastions of holiness, does not make it more acceptable to do a sub-standard job, but it allows us to be more kind in considering that a deficient agency, organization, or individual is not a standout, but one of many.

The reasons vary: lack of expertise in kashrus systems, lack of management skills, lack of budget, lack of the community’s willingness to properly fund a top-notch, or even Halachically acceptable, kashrus program, misplaced compassion towards unqualified staff, turf wars, negligence, and sometimes even avarice and lack of yir’as Shamayim.

But the consequences are the same: a community unknowingly eats that which is Halachically prohibited, and the knowing of the community are left with no good options and are frowned upon by the unknowing.

May Hashem protect all His children and grant us all to eat properly kosher food.