Will Israelis be able to travel for Passover? It depends 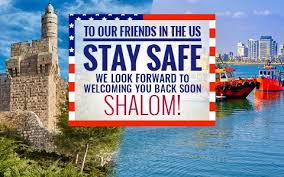 For those who have a vaccination or recovery certificate, the next question is whether the country they wish to visit will allow them in.

As Israel’s skies partially reopened on Sunday, many have been asking themselves only one question: will I be able to travel on Passover?At this stage, the only possible answer is: it depends. Current regulations are valid until March 20, a week before the holiday, but rules may change at the last moment.For some, the eagerness to travel stems from the desire to enjoy a vacation abroad after a prolonged period stuck at home, but for many others, the matter is more urgent. It includes new immigrants who have not seen their family since making aliyah; Israelis who had gotten married over the past year and their family had not seen the new spouse; and family members who they might not have seen in months, if not more, including elderly parents and newborn grandchildren.

According to regulations approved by the government on Saturday night, Israelis who are eligible for a green passport were allowed to leave the country freely as of Sunday, as long as they present a negative coronavirus test. When they return, they are exempt from isolation.However, several obstacles remain.First, those who are not fully vaccinated and who have not already recovered from the coronavirus still need to apply for permission from the special governmental committee, which has been in charge of authorizing all travel for the last month and a half. This requirement includes children under 16, and people who cannot be vaccinated for health reasons.As of press time, the Health Ministry was not prepared to clarify, despite the rules having come into effect almost 24 hours before, whether those people will need a humanitarian reason to be permitted to travel. Nor did it rule whether infants under one year old – who according to the latest guidelines can enter all venues that require a green passport – can travel with their parents freely.

For those who have a vaccination or recovery certificate, the next issue is whether their country of destination will allow them to enter. Many countries are just now facing and dealing with new coronavirus waves.According to sources at the Foreign Ministry, two countries officially recognize Israel’s vaccination certificate: Seychelles and Lithuania. Georgia also announced that it accepts it, but this has not been discussed yet with Israel. Cyprus will begin recognizing it on April 1, five days after the beginning of Passover.Greece also expressed its intention to accept the certificate. The move is not yet finalized, since the European Union appears to be adverse to the idea, even though Lithuania’s position to accept it caused no similar objection.Israelis can travel to the US despite a lack of mutual recognition of the vaccination certificate, provided that they have not visited a country on a list that includes most European nations and China.

The US does not require those who arrive from abroad to enter isolation.Moreover, in the vast majority of cases, Israelis will still be able to enter countries where they hold citizenship. Other than Israel, few countries have a policy that bans their own citizens from entering their country’s borders.Finally, the lack of flights may potentially stymie travel plans. During high season – such as Passover normally is – some 100,000 passengers pass through Ben-Gurion a day.Currently, only 1,000 Israelis are allowed to enter the country each day, a number that is expected to soon increase to 3,000 Israelis per day.Even assuming that for every passenger that arrives there is also a seat for a passenger who wishes to depart, this still represents a fraction of the potential demand for seats.Before COVID-19, Ben-Gurion had some 700 slots available daily. Now every flight has to be authorized by the Transportation Ministry in cooperation with the Health Ministry, and only certain destinations and points of embarkation are available: Frankfurt, New York, Paris, London, Kiev and soon, Toronto and Hong Kong.Between current limitations and lack of clarity, many of those who wish to travel might be forced to wait yet a little longer.

One thought on “Will Israelis be able to travel for Passover? It depends”