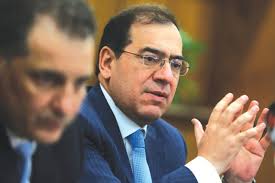 Over the past two weeks, Jerusalem has hosted two significant first-time visitors: the Egyptian Petroleum and Mineral Resources Minister Tarak Al-Mulla and the newly minted Ambassador of the United Arab Emirates to Israel Mohamed Al Khaja.

It might be assumed that since Egypt has had a peace treaty with Israel since 1979, its ministerial visit would be routine, but this has not previously been the case. And of course, Ambassador Al Khaja is the first UAE emissary to Israel, appointed after the signing of the Abraham Accords last year.

Both visits are thus historic in their way, and point to many opportunities that are presenting themselves as a new normal blossoms in the region – a normalization that for decades has been fostered by Washington and that can be critical to the post-COVID-19 economic recovery for the region and beyond.

Minister Al-Mulla was warmly welcomed by both Prime Minister Benjamin Netanyahu and Energy Minister Yuval Steinitz, and the trip resulted in an important agreement to route natural gas from Israel’s Leviathan gas field in the Eastern Mediterranean to Egypt’s recently-reactivated liquid natural gas export facilities at Damietta and Idku, from whence gas can be sent to Europe and Asia. After a surge of interest in Egypt becoming a natural gas hub in the late 2010s, Damietta was idled in 2012 due to a legal dispute. Idku, near Alexandria, has likewise been operating well below capacity since breaking ground in 2005. Now this latent potential may be about to be realized.

Egypt has been consuming the lion’s share of its natural gas domestically, but the increased supply from Israel as Egypt’s massive Zohr field comes online will mean exports are once again possible. With ENI Oil operating Damietta, and Shell operating Idku, Egypt has strong industry partners.

The long-term economic viability of an underwater pipeline from the Eastern Mediterranean to Europe will be debated next year, but shipments from Damietta and Idku can recommence in coming months, providing Europe with an immediate and much-needed diversification of its energy sources from the embattled Nord Stream 2 pipeline from Russia.

Facilitated by the projected investment of $235 million in the development of Leviathan announced by American energy major Chevron last month, this new natural gas deal will also be a significant advance for Israel as an energy exporter.

CHEVRON’S PURCHASE of Noble Energy last summer and subsequent entry into the Eastern Mediterranean signals that the historic stigma of doing business with Israel because of the risk of losing cooperation with the Gulf energy exporters has come to a welcome end after the signing of the Abraham Accords between Israel, the UAE, Bahrain, Morocco and Sudan last year.

This deal will also increase connectivity between Egyptians and Israelis in the economic sphere. In recent years, a number of senior Egyptian officials, including Minister Al-Mulla, have observed that while the peace envisioned by former president Anwar Sadat when he agreed to the historic 1979 treaty with Israel has come to fruition, the economic cooperation he also foresaw had not, and this gas deal is a major step toward changing that.

The very public and ceremonial arrival of UAE Ambassador Al Khaja in Jerusalem this week was a tangible manifestation of the broader diplomatic normalization represented by the Abraham Accords. While increased security cooperation between Israel and our Gulf partners has been an open secret for some years, the establishment of official relations between the two countries has unleashed a torrent of enthusiasm in both of them, particularly for collaboration in fields such as hi-tech, space, and entrepreneurship.

Ambassador Al Khaja’s first days in Jerusalem have demonstrated his mandate is to pursue them.

After the standard meetings with the Israeli president, prime minister and senior Foreign Ministry officials, the ambassador’s schedule included meetings with the regional cooperation minister, tourism minister, and the director general of the science and technology ministry, all of which were quickly publicized on Twitter in English, Arabic and Hebrew, along with photographs.

The UAE clearly wants to skip the decades of “cold peace” Israel and Egypt experienced, and embrace from the get-go cooperation across the economic spectrum that will provide new opportunities to Israelis and Emiratis.

Fostering these avenues of cooperation between Israel and the UAE, and getting to specific agreements similar to the recent Israel-Egypt natural gas agreement, should be a top strategic priority for the United States, an approach that also happens to make simple economic sense. American companies can benefit from these deals that in turn increase our influence and advance our interests in the region. While the seeds of this progress pre-date the COVID-19 pandemic, this cooperation can also be material to our collective recovery.

Minister Al-Mullah’s and Ambassador Al Khaja’s trail-blazing visits to Jerusalem points the way to a brighter future in which the arrival of the Egyptian petroleum minister and an ambassador from a Gulf nation in Israel for high-level consultations and cooperation will be routine events in a more peaceful and prosperous Middle East. It is only to be hoped that the United States will have a seat at this new table as well.