What you did not Know about COVID19: 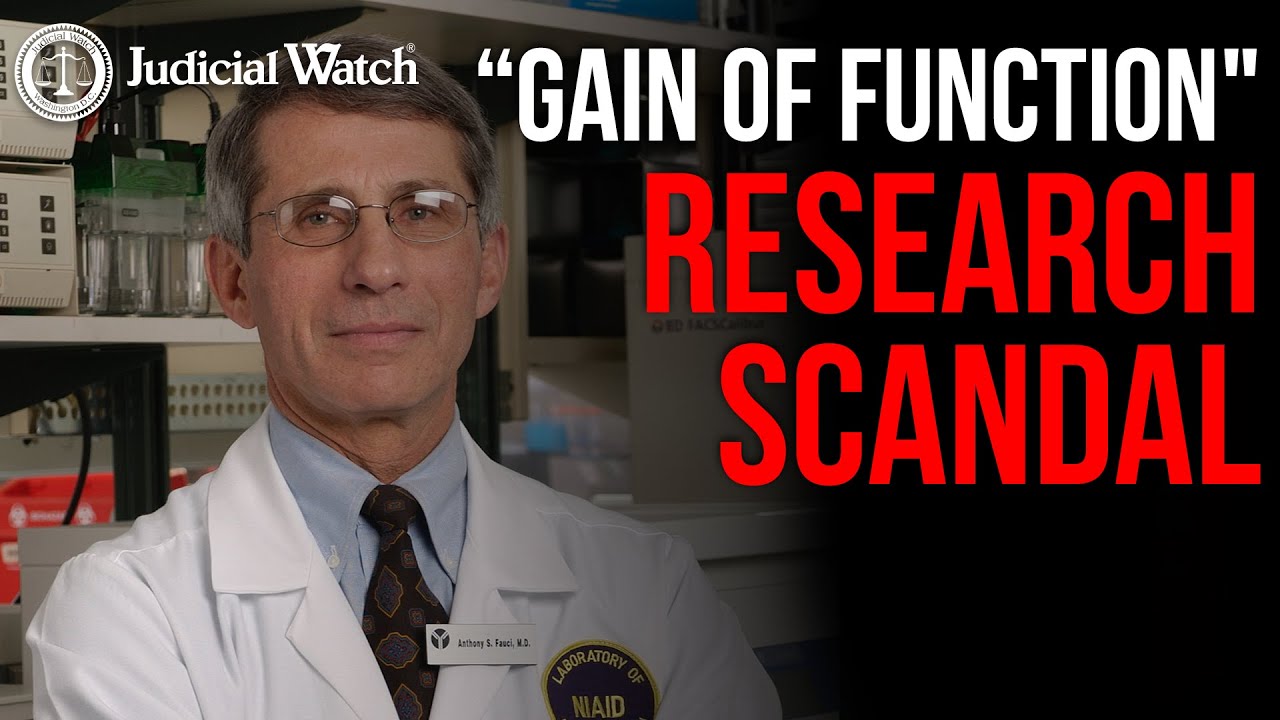 Dr. FAUCI, is the Real Father of the COVID 19 Virus.

Just a little over a week ago it was deemed a “dangerous conspiracy theory” to even think that there was a possibility that the COVID-19 virus, which has killed more than 3 million people since early 2020 and decimated the economy, could have originated from the Wuhan Institute of Virology, escaping either accidentally or intentionally.

Since Sen. Rand Paul (R-KY) and Dr. Anthony Fauci’s heated exchange last Tuesday in which Fauci laughed off Sen. Paul’s questions about lab security at the WIV, possible US funding of gain-of-function research there, and the possibility that COVID-19 got into the wild through an accidental escape from the WIV, the narrative has really turned around. First, leading gain-of-function researcher Dr. Ralph Baric, along with 17 more of the globe’s leading virologists, signed an open letter calling for more research into just how it is that COVID-19 originated, saying, “Theories of accidental release from a lab and zoonotic spillover both remain viable.” Even CDC Director Rachelle Walensky said Wednesday that a lab leak origin is still a possibility.

The report then points out that there is little evidence to support the PRC’s claim, emphasized ad nauseam by US elected officials and bureaucrats, that it was “a natural occurrence,” and that it mutated and transferred from an animal to a human. Chinese officials have failed to even identify the original species that allegedly transferred the virus to humans, the report says.

Showing Dr. Fauci to be… well, someone who has challenges telling the truth, or, a liar, the GOP Committee report simply lays out the gain-of-function research conducted and by whom:

Under the leadership of Dr. Anthony Fauci,19 between Fiscal Years 2014 and 2019, the National Institute of Allergy and Infectious Diseases (NIAID) awarded more than $3.7 million in grants to EcoHealth Alliance to examine the “risk of future coronavirus (CoV) emergence[s]…in China.” EcoHealth Alliance has also reportedly received funding from the U.S. Agency for International Development (USAID).

“EcoHealth Alliance subcontracts with researchers at laboratories, including the WIV, to conduct its coronavirus research. One of the projects that was partially funded by U.S. Government grants received by EcoHealth Alliance, as well as funding received from the Chinese government, was a 2015 study conducted in partnership with the WIV. This study conducted research into creating a hybrid virus that combined elements from two bat-borne coronaviruses, including the one that caused SARS in 2002. The mutated virus created by the researchers could more easily infect human cells, which was a noteworthy and unnatural modification because “almost all coronaviruses from bats have not been able to bind to the key human receptor.”

“This study is an example of a Gain of Function research experiment, which enhance a pathogen’s natural traits. Because these experiments involve creating a new, more dangerous virus without a corresponding vaccine, they have been controversial in the West due to the pandemic-related potential if an altered strain escapes the lab.”

They conducted studies on this virus for years without creating a corresponding vaccine? Why would that be done? It doesn’t take even a mental midget to know how dangerous that is. In fact, some of that research was published after the US had paused that type of research in the United States due to “ethical concerns over its biowarfare applicability and their potential to accidentally unleash a pandemic.” It’s clear we need to know whether the Chinese continued that research and if that led to the pandemic we are still crawling out from.

Warnings have been sounded about the lab itself, both the types of research being conducted and the safety practices, for years.

Many of the warnings of these dangers resulted from research into the dangerous H5N1 avian influenza virus. According to the Federation of American Scientists, “Similar to other research, experiments involving infectious pathogens, some H5N1 studies, due to their inherent dangers, are described as Dual-Use Research of Concern (DURC). Biosafety risks include laboratory-acquired infections or accidental release of the virus, which are major threats for public health.”

The Chinese government has been conducting dangerous and controversial research on bat coronaviruses ever since the original SARS outbreak in 2002. Some of this research resulted in lab leaks including a 2004 incident in Beijing that caused an outbreak.

And while WIV had BSL-4 laboratories on its campus:

“The lead scientist at the WIV publicly acknowledged that coronaviruresearch was being conducted at that lab in BSL-2 or BSL-3 laboratories. BSL-2 laboratories only require that researchers wear lab coats and gloves, while BSL-4 labs require strict decontamination procedures and wearing a full body positive pressure suit.”

Okay, so it’s clear that the US has funded research on coronaviruses in Wuhan and that depending upon how one defines “gain-of-function research,” the US funded that, too, and that lab safety was questionable at WIV. But if an engineered virus escaped from the lab, once that virus was again isolated wouldn’t scientists be able to tell if it had been engineered? All of the “experts” told us that a year ago, listing that as one of the main reasons they just knew that COVID-19 wasn’t a lab release. One of the experts pimping that theory, interestingly, was the man who runs EcoHealth Alliance, the group that received $3.7 million to perform research on coronaviruses in China. No conflict of interest there….

But back to whether scientists would be able to tell whether a virus has been genetically engineered or not. The GOP House Intel Committee report says:

“Central to finding the true cause of COVID-19 is the belief that certain combinations of Gain of Function viral modification techniques can be identified through forensic investigation. However, Dr. Ralph Baric—a leading expert in the field who worked on a 2015 study with Zheng-li Shi, described as ‘Bat Woman’ in a Scientific American profile—said such modifications could be undetectable. [In a September 2020 interview, Baric] stated:

“In the chimera we made in America in 2015 with the SARS virus, together with Professor Zheng-li Shi of the Wuhan Institute of Virology, we had left signature mutations, so it was clear that it was the result of genetic engineering. But otherwise there is no way to distinguish a natural virus from one made in the laboratory.”

‘Dr. Baric further asserted, ‘You can engineer a virus without leaving any trace. The answers you are looking for, however, can only be found in the archives of the Wuhan laboratory.’“

But what about China’s military? It’s been reported that WIV performs classified research for the Chinese military, and the GOP Committee report confirms this, adding that the military’s top biowarfare expert was appointed head in February 2020.

“The WIV is reported to have significant military participation in the laboratory’s operations and has been conducting secret and classified scientific research. In fact, the Chinese government appointed Major General Chen Wei, China’s top biowarfare expert, as the head of the WIV lab in February 2020.”

There are so many questions, and I believe we are going to find out the answers. Something changed last week, and high-up people are in CYA mode as evidenced by the 180 degree turns they’ve made about a possible lab leak origin and their vocal push for an investigation. Hold on to your seats. We can’t even laugh at this one. We’ve all lost far too much.

3 thoughts on “What you did not Know about COVID19:”