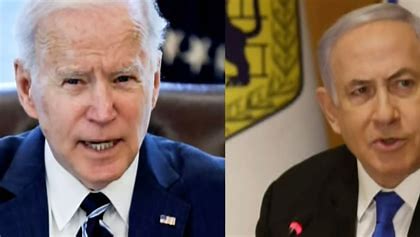 Throughout Joe Biden’s candidacy for the presidency, he’d invariably claim he’d solve some seemingly intractable problem by just telling the parties involved what to do. Today, the Dementia-Popsicle-in-Chief found out that his master plan doesn’t work as well in real life as it does to a fawning crowd of woke reporters who squealed and tossed their undies at him after every banal and inane pronouncement he made.

With the change of administrations, the Palestinians wasted no time in beginning another round of terror attacks against Israel. Reports indicate that this is not going well for the terrorist state the UN and our own Democrat party are trying to let Hamas create in Gaza and the West Bank. The Israeli Iron Dome system seems to be overmatching the rockets used by Hamas (the success of Iron Dome has created a bizarre line of argumentation that holds that the system is keeping civilians from getting killed and that is a bad thing, see Washington Post Frets That Iron Dome Means Not Enough Israeli Civilians Are Getting Killed for Hamas to Win). Israel has not sent ground forces into Gaza. The Abraham Accords brokered by President Trump, the first substantive progress towards Middle East peace achieved in the last forty years, has isolated Hamas from support in the Arab world…though it is getting support from the Quds Force of Iran’s Islamic Revolutionary Guard Corps.

Popsicle Joe has been under some pressure from his terrorist-sympathizing allies in Congress and other like-minded folks to force Israel to not kill the people who are trying to kill them. Two days ago, after Israel bombed the Hamas-owned and -occupied building where both AP and al-Jazeera rented space, Biden called Israeli Prime Minister Benjamin Netanyahu on the situation. This is the White House “read out.” Too bad we don’t have a morbidly obese, self-important Army lieutenant colonel to tell us what was really said.

The President spoke today with Israeli Prime Minister Netanyahu. The President reiterated his firm support for Israel’s right to defend itself against indiscriminate rocket attacks. The President welcomed efforts to address inter-communal violence and to bring calm to Jerusalem.  He encouraged Israel to make every effort to ensure the protection of innocent civilians. The two leaders discussed progress in Israel’s military operations against Hamas and other terrorist groups in Gaza.  The President expressed his support for a ceasefire and discussed U.S. engagement with Egypt and other partners towards that end. The two leaders agreed that they and their teams would remain in close touch.

That, obviously, was not enough for the pro-terror faction, and so, today, the White House let it be known that Biden had called Netanyahu and had given him what amounted to an ultimatum:

President Biden spoke with Israeli Prime Minister Netanyahu today.  The two leaders had a detailed discussion on the state of events in Gaza, Israel’s progress in degrading the capabilities of Hamas and other terrorist elements, and ongoing diplomatic efforts by regional governments and the United States.  The President conveyed to the Prime Minister that he expected a significant de-escalation today on the path to a ceasefire.

There is no record of Biden making a similar call to the thugs running Hamas and the ongoing criminal conspiracy that is the Palestinian Authority.

In the last call, you can almost see Biden posing as a tough guy, telling the leader of a nation under attack by a genocidal terrorist organization what he “expected” Netanyahu to do.

Netanyahu was not overly impressed.

Netanyahu said soon after that he is “determined to continue in this operation until its objective is achieved – to bring back the quiet and security to…citizens of Israel.”

Speaking after a meeting in the Kirya IDF headquarters, the prime minister said he appreciates the support of governments around the world, as well as from Biden for Israel’s right to defend itself, which he called “a natural right.”

Earlier Wednesday, Netanyahu said Israel does not have a set time by which it seeks to finish Operation Guardian of the Walls.

“We’re not standing with a stopwatch in our hand; rather, we are making sure to meet the goals of this operation,” Netanyahu said in a briefing to foreign ambassadors on Wednesday, responding to a question about when this round of fighting will end, according to a source in the meeting.

This is significant from several different angles.

Netanyahu could have elected to say nothing and let Biden keep the tough-guy-from-Scranton image, you know, the gutsy lifeguard who stared down the infamous “Corn Pop.” See Did Joe Biden Really Face Down Feared Northeast Wilmington Thug ‘Corn Pop’ and Win the Respect of a City. I suspect that is what Biden thought Netanyahu would do because I can’t see the Biden Bunch wanting a public spat with Israel while it is under attack. Netanyahu saying he appreciates Biden’s support was just a reminder that he knows and Biden’s staff know, even though Biden probably doesn’t, that Biden’s options for imposing his will upon Israel are very limited. Netanyahu’s comment about having “the support of governments around the world” was not just rhetoric.

The whole episode also speaks to a White House and a National Security Council that is not ready for a matinee performance, much less primetime. The current fight between Israel and Hamas is a test for Biden.

Israel ignoring Biden is also a clear signal that Netanyahu no longer regards the US as a reliable ally and is fully prepared to go his own way. The consequences this has for Biden’s Middle East policy, should such a thing exist, will be catastrophic. This is a signal to everyone in the region that US clout is minimal.

The fact that the White House has not acknowledged Netanyahu’s response is telling. They seem to have been under the illusion that Netanyahu, who is locked in a coalition government with his main political rival, would kowtow to Biden out of some sense of respect. They tried to play tough and got smacked down. The big question is will Biden’s staff move on and let their fluffers in the media continue to praise Joe’s genius, or are they under enough pressure from the anti-Semitic left in the Democrat party that they will ratchet up the pressure?