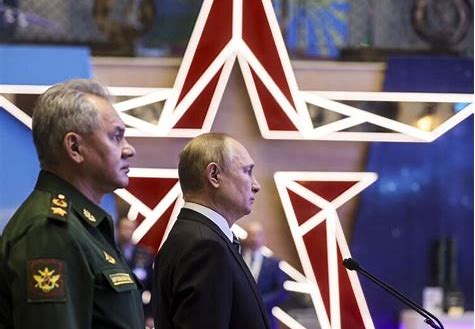 Addressing military commanders and intelligence chiefs at the Defense Ministry, Putin offered a preemptive casus belli to justify invading Ukraine in order to address an existential threat to Russia. The Russian leader warned that the United States “will supply Ukraine with hypersonic weapons,” which would reduce the nuclear strike launch-to-target time against Moscow to “five minutes.” This, Putin insisted, would pose “the most serious threat” to Russia’s security. One that means “we simply have nowhere to retreat further.” 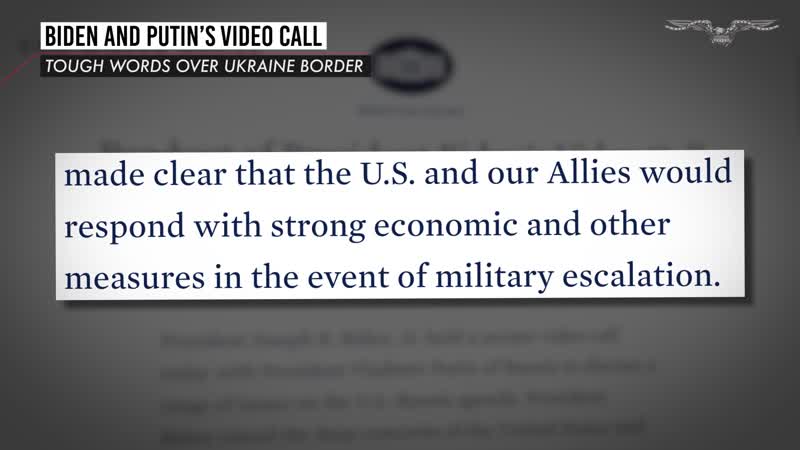 Note the explicitly existential nature of Putin’s words: facing annihilation, back against the wall. This is not language that offers hope for credible compromise.

Of course, Putin knows full well that the U.S. is not actually going to deploy hypersonic weapons to Ukraine. To do so would be a provocation that would do little to advance U.S. strategic deterrence while giving Russia justification to attack. But what this hypersonic reference does accomplish is to allow Putin to present Ukraine’s democratic sovereignty as an existential threat to the Russian people and nation. This hypersonic threat myth, then, is the military partner to Putin’s ideological justification of Ukraine as a necessary subsidiary of Russia proper.

The next signal of invasion came from Putin’s close friend and defense minister Sergey Shoygu, who invented the threat of an impending American-led chemical weapons attack, claiming 120 U.S. mercenaries had established themselves in civilian buildings along the battle contact line separating Ukrainian and pro-Russian forces in southeastern Ukraine. Shoygu said these Americans are preparing “Ukrainian special operations forces and radical armed groups for active hostilities” and a “provocation” involving “an unidentified chemical component.”

In the context of recent warnings by Putin that Ukraine plans a “genocide” against pro-Russian elements, Shoygu’s chemical weapons statement seems designed to offer a casus belli.

As with Putin’s hypersonic reference, however, Shoygu’s described threat is both seemingly immense and utterly imaginary. Shoygu knows that no U.S. personnel are in possession of offensive chemical weapons on the Ukraine contact line. What the Russian defense minister is doing is what Russia has done for years in Syria, which is to say either inventing the threat of an adversarial chemical weapons plot so as to damage the reputation of said adversary or to deflect from a chemical weapons attack by a Russian ally (in Syria, Bashar al-Assad).

Finally, Putin’s speech brought with it a new scale of scathing anti-Americanism.

Contrary to the delusions of some, Putin does not seek mutually beneficial compromise with the U.S. Instead, he seeks the destabilization of U.S. civil society and the fraying of the post-World War II U.S.-led democratic international order. A KGB man of the old school, Putin defines America as the “main enemy.” It was in this vein that Putin appeared determined to rally the Russian people against his great foe.

Railing against U.S. actions in Iraq, Yugoslavia, and Syria, Putin also claimed that the U.S. had “obviously” supported terrorists fighting Russian in the Caucasus. This is a ludicrous assertion, one belied by the fact that the U.S. intelligence community has been instrumental in assisting Russia in the prevention of terrorist attacks originating from the region. To be clear, Russian citizens are alive because of what the U.S. has done in relation to counterterrorism and the Caucasus. Once again, Putin knows this, but he wants his people to see America as he does: as their main and enduring enemy. Fostering that perception would serve Putin’s consolidation of domestic opinion for a war in Ukraine.

Much depends on the West. A public display of credible and unified resolve in the face of Putin’s threats is critical. But we’re not seeing it. France and Germany are wobbling, and President Joe Biden’s hesitating weakness is fueling rather than cooling Putin’s aggression.