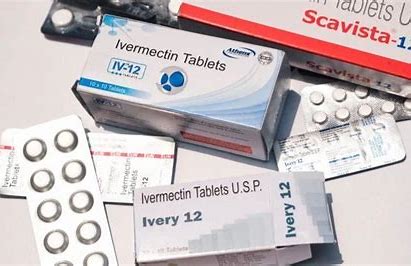 REPRINTED FROM THE GATEWAY PUNDIT

On July 15, 2021, the Indonesian Food and Drug Monitoring Agency (BPOM) finally granted the Emergency Use Authorization for Ivermectin as the therapeutic drug to cure the Covid-19.

This was due to the country’s “worst-case scenario” epidemic at the time according to officials.  The number of cases were soaring in the country and the medical authorities were desperate to control the outbreak.

Indonesia experienced a spike in COVID-19 infection and deaths in July and was struggling to slow the virus transmission due to its large population. The country was one of the nations greatly affected during the COVID pandemic. Indonesia is ranked as the world’s fourth most populous country with 277 million people.

The Gateway Pundit previously reported that one of its measures imposed by the Indonesian government was to authorize the use of Ivermectin as a COVID-19 treatment. COVID-19 cases started to fall precipitously and immediately to a low of 924 on the 19th of October.

The Indonesian government on Thursday (July 15) began distributing free medicine and vitamins to self-isolating Covid-19 patients in high-risk areas as the highly transmissible Delta variant of the coronavirus continued to rip through the country, emptying pharmacy shelves.

Each package will have seven days worth of therapeutic Covid-19 drugs and vitamins, and will be given to asymptomatic patients as well as those with mild to moderate symptoms including fever and dry cough. The medication for the latter group will require consultation with a doctor and a prescription.

Medical facilities are stretched thin, and demand for oxygen and medication has also soared. As scores of people are isolating themselves at home and self-medicating, prices of drugs have shot up in pharmacies and online. The health ministry has since moved to cap the prices of drugs such as favipiravir, remdesivir and ivermectin.

After the government authorized the use of Ivermectin for COVID-19 patients and its population, the number of cases have significantly plummeted since July.

The data above proves that Ivermectin played a role in the steep decline of COVID-19 cases.  This is obvious despite the claim from fact-checker website below that there is “no evidence that the fall in COVID-19 cases in Indonesia is linked to the use of Ivermectin.”

Here’s the excerpt from Health Feedback:

Clinical trials didn’t show a clear benefit of ivermectin in reducing COVID-19 severity, hospitalization rate, or mortality. Epidemiological evidence also doesn’t indicate that ivermectin helped curb the number of COVID-19 cases and deaths in Indonesia or in other countries. However, these countries implemented other measures that have proven effective in limiting the spread of the virus, including vaccination and restrictions, which likely contributed to the decline in COVID-19 cases.

Simply because two events coincide in time doesn’t necessarily mean that one caused the other. Firstly, ivermectin endorsement doesn’t tell us whether the Indonesian population actually used ivermectin more than populations in other countries.

Secondly, even if the use of ivermectin did increase following the recommendation, we still can’t assess whether the drop in COVID-19 cases in Indonesia was due to the use of ivermectin or to other factors. Epidemiological data from countries that recommended ivermectin, such as India and Peru, doesn’t indicate that promoting the drug reduced the spread of the disease or its death toll. Both countries experienced multiple COVID-19 waves with high mortality throughout 2020 and 2021, and both withdrew ivermectin recommendations in 2021.

How do these fact-checkers explain the significant drop of cases in countries where Ivermectin is widely used like India, Indonesia, Namibia, and other countries?

While countries with high vaccination rates continue to experience major outbreaks of COVID-19, like Singapore, Ireland , the UK, Israel and many more.

Here’s the current number of COVID cases in Namibia:

The data below is the current number of COVID-19 cases as of October 27 in Indonesia. There are only 719 new cases recorded.

The massive drop of COVID-19 cases started after the government of Indonesia granted the emergency use of Ivermectin to COVID-19 patients.  The country had a very low vaccination rate at the time with only 7.5% fully vaccinated in July.

Despite the success of Ivermectin, the fake news media and the government give the credit to the vaccine. President Jokowi of Indonesia during his visit to the G20 and COP26 meetings, said that there should be “more vaccine equity so that developing and poorer countries aren’t left behind.”

“In this time of crisis, advanced countries need to do more in helping poor countries get vaccines, so that we can overcome this pandemic together.”

Mr Widodo’s comments come as Indonesia attempts to recover from the ravages of the pandemic.

The COVID situation has improved since then, with both deaths and case numbers falling, according to government data.

The vaccination drive has also picked up. According to the latest data from the World Bank, Indonesia has given more than 100 million doses of vaccines in the country, with almost 30% of the population fully vaccinated – no easy feat in a huge archipelago.

But while urban areas like Jakarta are now seeing high levels of vaccination rates, rural areas are harder to get to.

According toprestigious American Dr. Vladimir Zelenko during his exclusive interview with Gateway Pundit, he mentioned that the government is doing a “bait-and-switch.”

Here’s an excerpt from the interview:

(Watch the full interview with Dr. Zelenko in the coming days)