The White House Is Expected To Impose a Ban on U.S. Imports of Oil From Russia as Punishment for the Invasion of Ukraine 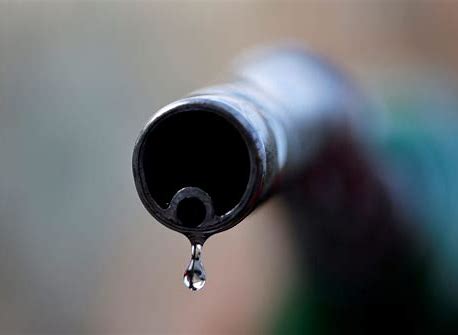 In an interview with CNN, Coons said the announcement of the ban could come on Tuesday or Wednesday, while a person familiar with the plans told Reuters a ban could be announced on Tuesday. The White House said President Joe Biden was expected to make a sanctions announcement at 10:45 a.m. (1545 GMT).

Russia is the world’s biggest exporter of oil and natural gas, and until now its energy exports had been exempted from international sanctions. Although the United States is not a leading buyer of Russian oil, its allies are likely to come under pressure to wean their economies off Russian energy.

The announcement will intensify the impact of the war on a global economy already suffering supply shortages and price surges as it lurches out of the pandemic crisis. In the United States, gas pump prices have already surged to a record since Russia launched the invasion on Feb. 24, worsening inflation that was already at 40 year highs.

In Ukraine, Kyiv accused Moscow of shelling a humanitarian corridor it had promised to open to let residents flee the besieged port of Mariupol, where hundreds of thousands of people have been sheltering under relentless bombardment without water or power for more than a week.

“Pressure on Russia MUST step up to make it uphold its commitments.”

Ukraine’s President Volodymyr Zelenskiy said a child had died of dehydration in Mariupol because water was cut off. The claim could not be independently verified.

Russia opened a separate corridor allowing residents out of the eastern city of Sumy on Tuesday, the first successful evacuation under such a safe route.

The number of refugees who have fled Ukraine had surged past 2 million, in what the United Nations describes as one of the fastest exoduses in modern times.

Residents were also leaving the town of Irpin, a frontline Kyiv suburb where Reuters journalists had filmed families fleeing for their lives under fierce bombardment on Sunday. Residents ran with children in strollers or cradling babies in arms, while others carried pets and plastic bags of belongings.

“The city is almost ruined, and the district where I’m living, it’s like there are no houses which were not bombed,” said one young mother, holding a baby beneath a blanket, while her daughter stood by her side.

Moscow describes its actions in Ukraine as a “special operation” to disarm its neighbour and unseat leaders it calls neo-Nazis. Ukraine and its Western allies call this a baseless pretext to invade a country of 44 million people.

Western sanctions have cut off Russia from international trade and financial markets to a degree never before imposed on such a big economy.

Britain’s Shell, (SHEL.L) one of several Western oil majors to announce it is pulling out of Russian projects, went further on Tuesday, saying it would no longer buy any Russian oil or gas and apologising for buying a Russian crude shipment last week.

In addition to potentially crimping Russian energy exports, the war could worsen global shortages of other commodities. Both Russia and Ukraine are major exporters of food and metals. Poor countries in the Middle East and Asia have been particularly hard hit by a surge in grain prices. Trade in London of the industrial metal Nickel was suspended on Tuesday after prices doubled within hours.

Corridors to let civilians escape and allow aid reach besieged areas have been the main subject of talks between Russian and Ukrainian delegations.

Russia’s Interfax news agency said Moscow was opening humanitarian corridors for the cities of Sumy, Maripol, Cherhihiv, Kharkiv and the capital Kyiv. Ukraine has rejected Russian proposals for Kharkiv and Kyiv which would lead evacuees to Russia itself or its ally Belarus. Earlier attempts to evacuate residents from Mariupol failed on Saturday and Sunday, with each side accusing the other of continuing to fire.

“The tempo of the enemy’s advance has slowed considerably, and in certain directions where they were advancing it has practically stopped,” Ukrainian presidential adviser Oleksiy Arestovych told a televised briefing on Tuesday.

At the Medyka border crossing, east of Przemysl in Poland, where refugees have been arriving by foot and by car, a line of waiting vehicles stretched about 6 kilometres (3.7 miles) with waiting times on the Ukrainian side running at 20 hours, two women told Reuters after they made it across.

Western countries say Russia’s initial battle plan for a rapid strike to topple the Kyiv government failed in the early days of the war, and Moscow has adjusted tactics for longer sieges of cities.

The main assault force heading towards Kyiv has been stuck on a road north of the capital. But to the south, Russia has made more progress along the Black and Azov Sea coasts.

Within Russia, the war has led to a severe new crackdown on dissent, with the last remaining independent media largely shut down last week and foreign broadcasters banned. Many foreign news organisations have suspended reporting after a new law was enacted imposing long jail terms for reporting deemed to discredit the military.