Iran Won’t Back Down On Its ‘Red Lines’ In Nuclear Talks, Raisi Says 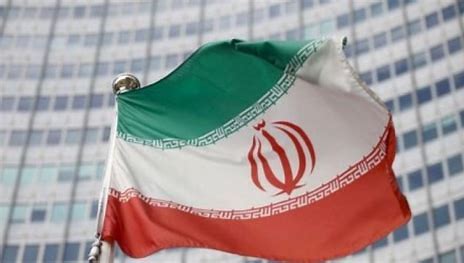 DUBAI, March 8 (Reuters) – Iran will not back down on its red lines in nuclear talks with major powers, President Ebrahim Raisi said on Tuesday, after the European Union said the time had come for Washington and Tehran to take political decisions needed to reach an accord.

Eleven months of negotiations to revive the 2015 nuclear deal which lifted sanctions on Iran in return for curbs on its nuclear programme have reached their final stages.

Iran has sought to remove all sanctions and it wants guarantees from the United States that it will not abandon the deal once more, after then-U.S. President Donald Trump walked out of the deal in 2018 and reimposed sanctions.

“The government pursues nuclear negotiations in full accordance with the principles and framework set by the Supreme Leader,” Raisi said, referring to Ayatollah Ali Khamenei, who has the final say in Tehran’s decision.

“It has not and will not back down on any of these red lines,” the semi-official Fars news agency quoted Raisi as saying.

Talks coordinator Enrique Mora of the European Union said on Monday that the political decisions needed to conclude the negotiations successfully must be taken in the next few days.

Diplomats say several differences still need to be overcome in the talks, which were also hit by a last-minute demand from Russia for a guarantee from the United States that Russian trade, investment and military-technical cooperation with Iran would not be hindered by sanctions over its invasion of Ukraine.

U.S. Secretary of State Antony Blinken played down the issue during a visit to Estonia, saying Russia has a self-interest in preventing Iran from acquiring nuclear arms.

“We continue to work to see if we can come back to mutual compliance with Iran on the deal. Russia continues to be engaged in those efforts and it has its own interest in ensuring that Iran is not able to acquire a nuclear weapon,” Blinken said.

Should the talks collapse, it could carry the risk of Tehran getting to within a short sprint of nuclear weapons and igniting a fresh war in the Middle East. It could also prompt the West to impose more harsh sanctions on Iran and further escalate world oil prices already strained by the Ukraine conflict.

Parties involved in the talks said last week that a deal was expected to be reached within days.

European negotiators from France, Britain, and Germany had already temporarily left the talks as they believed they had gone as far as they could go and it was now up to the two main protagonists to agree on outstanding issues, including the extent to which sanctions on Iran would be rolled back.

Iran’s Islamic Revolutionary Guard Corps, which is under U.S. sanctions, successfully put a second military satellite into orbit, state media said on Tuesday, in what would be another advance for Iran’s military