Russia Bars Citizens From Buying US Dollars, People Encouraged to Invest in Gold 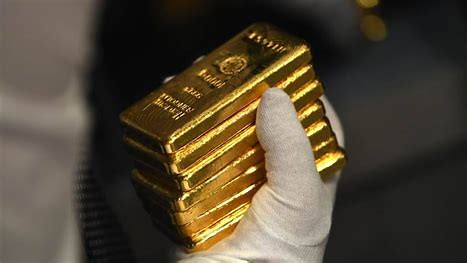 Russia has banned citizens from using rubles to buy U.S. dollars or other hard currencies for a period of six months as the currency spirals into a free fall following Moscow’s war with Ukraine.

Banks have been prohibited from selling cash to citizens during this period. However, people can exchange any currency for rubles, any time, in any amount. The new rule will be in effect from March 9 to Sept. 9, 2022. It also places a limit of $10,000 on the amount of U.S. dollars that people can withdraw from hard-currency Russian bank accounts.

Anyone wishing to withdraw a higher figure will have to accept the amount in rubles, the Bank of Russia, the country’s central bank, said in a March 9 statement. The bank noted that 90 percent of foreign currency accounts in Russian banks do not have balances exceeding $10,000.

Moscow’s new rule is aimed at preventing Russian citizens from making a run to procure U.S. dollars. Ever since the incursion into Ukraine, the ruble has been battered hard. On Feb. 23, a day before the invasion, one dollar could buy around 80 rubles. On March 7, this was close to 160 rubles. The exchange rate for one U.S. dollar now stands at around 120 rubles as of 4:43 p.m. UTC.

The outflow of foreign currency deposits from Russian banks have apparently exceeded the forecasts of the central bank, thus calling into question the ability of the country’s banks to fulfill their obligations to depositors, Sergey Aleksashenko, a former official at the Russian finance ministry and the central bank, said in a newsletter.

Alexsashenko slammed the Bank of Russia’s decision to impose restrictions on the use of foreign currency deposits. “It seems to me that if the Bank of Russia wanted to sow panic among the population, then it would be difficult to find a better way,” he said.

Russia is also trying to make its citizens park their money in gold rather than dollars. Russian President Vladimir Putin signed a law on March 9 that exempts the 20 percent value added tax (VAT) that people had to pay when buying physical gold. The law is retroactive and applies to all purchases made since the beginning of this month.