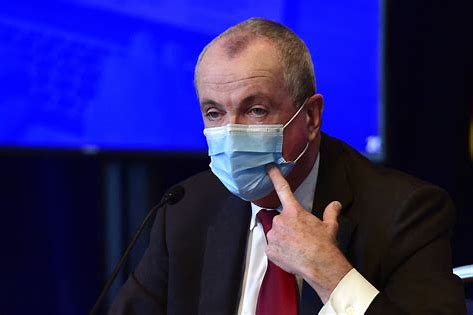 JACKSON, NJ – Are you thinking of defying Phil Murphy’s school face mask mandate? You might want to think twice. At a school board meeting in Jackson Township, school board officials and Superintendent Nicole Pormilli told parents that they had met with the Murphy administration officials and were told the penalties for violating the Governor’s executive order would be fines and even imprisonment.

Throughout the contentious three-hour meeting in which parents stood up against the potentially illegal Murphy mandate, the theme was constant. Facemasks were impeding the social and mental health of children as was remote learning, false quarantines, and shortened or canceled school days.

After being accused that the school district is only enforcing the mandate so they won’t lose state funding, Pormilli said that was not true.

“There are sanctions against districts that do not follow executive orders. That has been told with us. That has been demonstrated in other districts,” Pormilli said. “There has been conversation from the governor’s office to Middletown that they will sanction them in a variety of ways.”

At several points during her speech, Pormilli was interrupted by parents and she defiantly threatened to stop talking to them.

Pormilli said the Governor’s office has been clear with sanctions they will impose against school districts including suing the district, revoking teaching licenses, and even jail time.

Under the Governor’s executive order, teachers and parents can be fined up to $1,000 per person and could also face imprisonment for up to six months for each violation, the board’s attorney said.