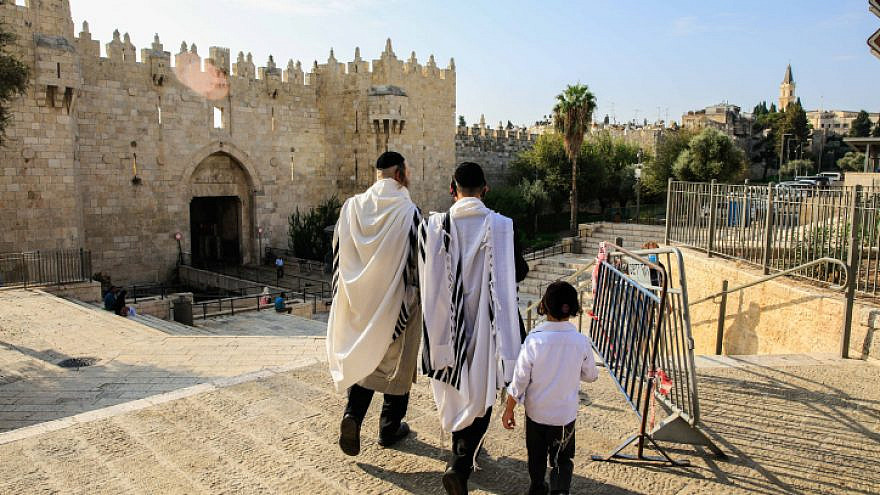 Haredi residents of the city’s French Hill neighborhood are in shock following the revelation that a prominent local “ultra-Orthodox” family are actually non-Jews that entered Israel with forged papers.

(April 28, 2021 / Israel Hayom)
The haredi community of Jerusalem’s French Hill neighborhood was rocked by scandal on Sunday after it was revealed that a prominent local haredi family were actually Christian missionaries.

According to haredi news site Behadrei Hadarim, the family used forged documents to immigrate to the country as Jews. Their first home in Israel was in Jerusalem’s Nachlaot neighborhood, but after their true identities were revealed they decamped to French Hill in the northern part of the capital.

After moving to French Hill, the family integrated into community life. The father identified himself as a Cohen and a scribe, producing tefillin and mezuzah scrolls, and even conducted marriage ceremonies. The family’s children were enrolled in local haredi schools. The mother died recently after a long illness, and the community collected charity for the mourning family, embracing them as immigrants in Israel without any extended family.But then members of the community discovered that the family were not haredi Jews—or Jews at all—but Christian missionaries. At first, the discovery was kept secret so that the family could not move away before steps were taken to revoke their citizenship, according to the report.

However, on Sunday morning, the father began to cover his tracks and his daughters did not arrive at school. He also reportedly began to take down his original Facebook profile, which had reportedly been labeled “A Jew in every sense.”Subscribe to The JNS Daily Syndicate by email and never miss our top stories

“We decided to tell the neighborhood about it so that the residents would know the real story and he wouldn’t escape to another neighborhood,” said one of the community members, according to the report.

“Luckily, we just discovered the fraud, so we froze all the charity money collected to support the family. We’re in complete shock,” he said.

The Jewish outreach organization Yad L’Achim issued a statement in response to the report, explaining that the group had been handing the family’s case “for years,” and arguing that making the affair public harmed the battle against missionary activity and its “behind-the-scenes work in this case and against other cases of missionaries masquerading [as Jews].”

“Six years ago, the resident in question confirmed to us that he was in touch with missionaries in order to preach, and promised that he had changed his ways, but we are now reviewing material that raises serious questions in the matter. When the process is complete, we will make our conclusions public to the relevant authorities,” the organization said.