TikTok intifada is ‘Just the Tip of the Iceberg’ – analysis 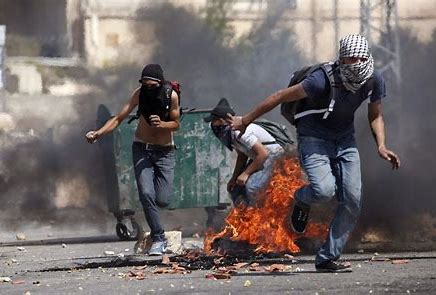 Many have blamed the popular short-video sharing platform for playing a role in the recent security escalation, which ultimately has included the firing of dozens of rockets into Israel.

TikTok videos helped spark several nights of clashes and chaos among Arab and Jewish youth in Jerusalem – and the worst may be yet to come. Many have blamed the popular short-video sharing platform for playing a role in the recent security escalation, which ultimately led to the firing of dozens of rockets into Israel. “Everyone is calling it the TikTok intifada,” according to Dr. Tehilla Shwartz Altshuler, a senior fellow at the Israel Democracy Institute. “We are only seeing the tip of the iceberg.

”Last weekend, far-right activists took to the streets to protest a series of videos that depicted Arab youth harassing and assaulting ultra-Orthodox Jews. The rockets, some analysts believe, were shot partially in a show of solidarity for Palestinians entangled in the clashes that ensued. But Shwartz Altshuler told The Jerusalem Post not to believe that because the videos showed Arab youth attacking Jews that the Jews were not incited to violence, too. Rather, the Jewish youth are less on TikTok and more on closed social networks like WhatsApp and Telegram.

“WhatsApp is not open,” she said. “ Only people who are friends with each other can see what is being shared. So, it is much harder to know what is happening there. ”The connection between violence and social networks is not new.“ The impact of TikTok on recent events in Jerusalem was quite predictable,” said Gabriel Weimann, professor of communication and senior researcher at the IDC Herzliya’s Institute for Counter Terrorism.

He recalled the “Stabbing Intifada” of 2015-2016, in which Palestinian leaders incited violence against Israelis through impassioned speeches on social networks that went viral. Ultimately, thousands of posts were disseminated by leaders and laypeople alike calling on Arabs to stab Jews, including specifically which Jews to stab and even how to stab them to achieve maximum impact. “Most people who went out [and stabbed somebody] were exposed to those messages,” Weimann told the Post, noting that they were not on TikTok then but only Facebook and Twitter.

MORE RECENTLY, social media played an important role in the January 6 Capitol Hill riots in Washington. The platforms were used to rile the masses up, recruit marchers and tell them what to do.What Israel saw last week was “more of the same, only the platform changed,” Weimann said. “Almost all social media networks have some posts which are in some way encouraging the use of violence or spreading hate messages.” But he said that TikTok is slightly more troubling than some of the more mainstream American platforms like Facebook, for several reasons.

First, TikTok draws a very young audience – even children, and most of them under the age of 16. Although the user guide says that account holders must be 13 or older, many participants are as young as age 6.Young people are more gullible, more innocent and certainly more easily influenced, according to Weimann. They are also less likely to complain— one of the main ways that hate content is removed from networks—because they might not even recognize such content for what it is or deem it harmful.Moreover, TikTok is Chinese-owned.

“I don’t want to sound like the Chinese should be blamed, but a Chinese company is certainly not as aware of democratic values or attempts at regulation,” Weimann told the Post, explaining that the company’s owners are likely more interested in making a profit than censoring themselves.LAST YEAR, Weimann published a report detailing large amounts of antisemitic, racist and other hate speech circulating on the video-sharing platform.

The report was shared with TikTok’s leadership. In a live interview, the company’s spokesperson committed to tackling the issue head-on. But Weimann said that this year’s report, which is slated to be published later this spring, will reveal not a decline, but an increase in hate speech. “It means TikTok is not doing enough or it is incapable [of doing enough],” he said.

In Israel, the Cyber Unit of the Office of the State Attorney can flag posts it deems dangerous and submit them directly to the social networks for removal—a process that Shwartz Altshuler said was upheld by outgoing Supreme Court Justice Hanan Melcer earlier this month. While it is still not ideal to have such content on the platforms to begin with, she said that “we see what we see on TikTok, but we have good tools in Israel to deal with it… If this is the TikTok intifada, then I believe we have the toolkit to cope with it. ”Rather, she said if similar violent content is spreading on closed social networks like Telegram and WhatsApp, then “this is much worse and there is no one who can stop it.”

She explained that the dynamic of people moving from words to actions is much faster and more dangerous when talking about messages being shared in closed groups.“People feel at home; these are their friends,” Shwartz Altshuler said. “They share the same goal and therefore speak even more extremely, and they are much more likely to move on what is asked of them.” She predicted that if Israel really wants to stop the violence, officials need to look not only at TikTok but at these closed networks, too.If not, she said, “I think we are going to see more of this in the coming months.”