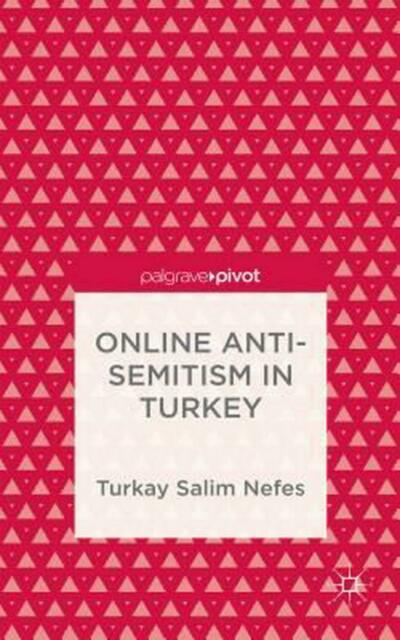 The recent conflict in the Middle East has increased anxiety among Turkey’s Jewish community, which has become the victim of increasing anti-Semitism and social marginalization, Deutsche Welle news agency (DW) reported.

Karel Valansi, who writes for Şalom, a Jewish weekly published in Turkey, told DW Jews were treated like Israel’s envoys in Turkey. “A Turkish Jew who has never visited Israel in their life could be seen as an Israeli in Turkey,” she said.

Valansi said she had been threatened on social media and in the mainstream media ever since conflict broke out between Israel and Palestine on May 10. The pro-government conservative daily Takvim targeted Valansi by saying she was a “Jewish journalist supporting the Zionist state of Israel.”

The paper claimed that Valansi did not criticize the attack by Israel’s security forces on Muslims in the Al-Aqsa Mosque, sharing one of her tweets from 2017 in which Valansi had said: “One can protest against the policies of a country. But protesting a country in front of a house of worship is unacceptable.” She was referring to a 2017 protest in front of the Neve Şalom synagogue in İstanbul.

The Coalition for Women in Journalism (CFWIJ) in a statement condemned the anti-Semitic attack on Valansi.

“The Turkish media is constantly calling on Jews to condemn Israel’s every political move,” Valansi added. “Whenever we write about the Holocaust or anti-Semitism, people always say, ‘What about Palestine’.”

According to Valansi there is a “myth” that anti-Semitism does not exist in Turkey and that this myth stands in the way of understanding prejudice against Jews.

One of the most common prejudices is that Jews should be living in Israel. Valansi said she was constantly confronted with this question and that people were always surprised she lived in Turkey and spoke Turkish. When Valansi informed them that Turkish is indeed her native language, people advised her to convert to Islam.

“People do not understand the concept of citizenship,” she said. “When you tell them you don’t want to convert, they tell you to go and live in Israel with fellow Jews. They don’t empathize with you or understand that you are a Turkish citizen like them regardless of religion.”

Valansi added that these questions and expectations are worrying and cause the Jewish community to become more isolated.

Anti-Semitic remarks have also been made by Turkey’s top-government officials. In the past Turkish President Recep Tayyip Erdogan had said that the 2013 Gezi Park protests against the government were orchestrated by the “Hungarian Jew George Soros,” an American-Hungarian philanthropist.

Anti-Semitic conspiracy theories are common in Turkey. An imam, Şaban Soytekin, targeted immigrants from the Greek province of Thessaloniki during a Friday sermon on May 21.

Soytekin said 90 percent of Thessaloniki immigrants were in fact Jews disguised as Muslims. He said these “crypto Jews” were behind all the terrible events in Turkey and also the Israeli-Palestinian clashes.

According to the “Hate Speech and Discriminatory Discourse in Media 2019 Report” published by the Hrant Dink Foundation last year, Turkish Jews are especially targeted during news coverage of Israeli-Palestine conflicts.

The US Department of State said in a report published on Friday that anti-Semitic discourse and hate speech continued in social media and print press. In March there were media reports, including by the Jewish website Avlaremoz, of anti-Semitic speech on various social media sites linking the COVID-19 outbreak to Jews.

In a recent statement issued by eight co-chairs of the US House Bipartisan Task Force for Combating Antisemitism, Turkish President Recep Tayyip Erdogan was condemned for anti-Semitic remarks.