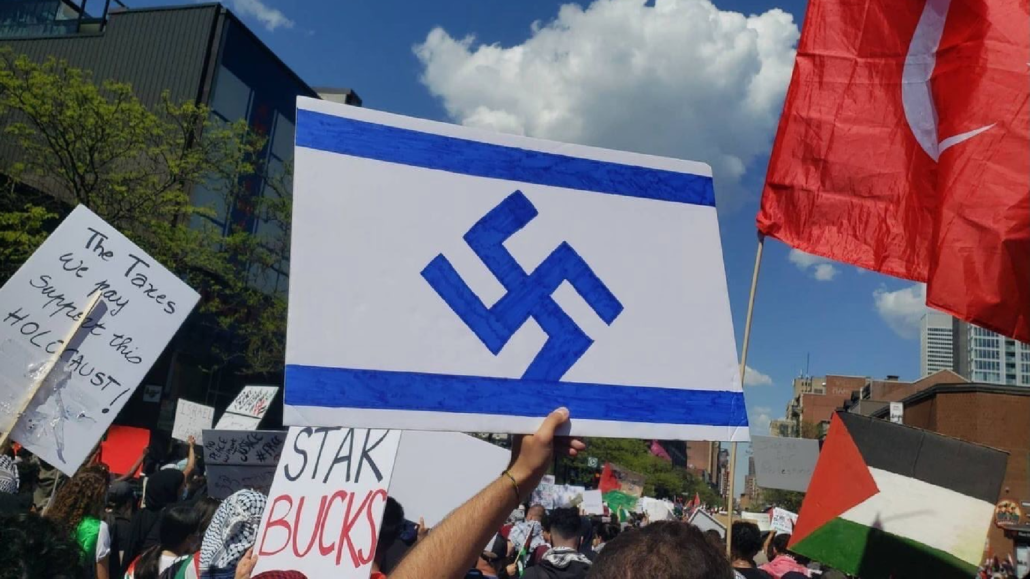 MONTREAL (JTA) — Canadian Jews are reeling from an onslaught of public antisemitic rhetoric and violence triggered by the recent military conflict between Israel and Gaza.

Montreal and Toronto were especially hard hit, but incidents occurred elsewhere prior to the cease-fire reached last week. Tensions flared between pro-Palestinian and pro-Israeli demonstrators, and in some instances Jews were spat upon and cursed, physically and verbally assaulted. They were also vilified on social media.

In Montreal, the incidents included vandalism at the Israeli consulate and rock throwing. On May 16, several Jews were physically attacked at a pro-Israel rally downtown. The following day, The Gazette reported, two men driving through the Cote St. Luc neighborhood were arrested for “hurling anti-Jewish insults” at passersby.

In the city’s neighborhoods with large Jewish populations – including Cote-St-Luc as well as Cote-des-Neiges and Outremont – police stepped up patrols and threats were taken “very seriously,” a Montreal police spokesperson said.

In Toronto, violence flared between pro-Palestinians and pro-Israel Jews, with a video showing a Palestinian supporter assaulting a man with a stick at a rally on May 16.

In Winnipeg, a line of nearly two dozen police officers separated pro-Palestinian and pro-Israel demonstrators. According to the Canadian Press, “someone on the pro-Palestine side threw water bottles at the other side, and a young woman was hit in the head.” At one point, an Israeli flag was grabbed from an Israel supporter and set on fire in the middle of the street.

In Calgary, pro-Israel demonstrators were beaten, according to reports.

“Death threats and threats of violence against Jews on the street or online are horrendous and must be unequivocally condemned,” Yair Szlak, CEO of the CJA Federation umbrella group in Montreal, said in a joint statement with the Centre for Israel and Jewish Affairs. “Nothing justifies rock throwing and assaulting people at a peaceful rally. There are no excuses for driving through Jewish neighbourhoods with the intent to terrorize Jews.”