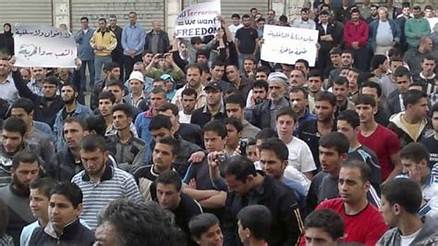 But it’s also a lesson. They’ve had 62 years of hell. It’s a place we never want to go to, a lesson of where we could go if we don’t reject and defeat the same repressive ideology that many on the left keep trying to impose on us.

The Cuban people are calling out their Communist government. But our government — the Biden administration — doesn’t seem to be willing to use the “C” word, as we noted earlier.  They’ll talk about the pandemic, the economy, even call the government authoritarian. But there’s a word missing that they keep avoiding. Why is that? There’s never a condemnation of the ideology by name. Heck, they never use the name.

Then she talks about the “lack of vaccines.

It’s so “spontaneous,” people have been fleeing Cuba and dissidents have been fighting the government for the last 62 years. Why would that be? Hint: it isn’t lack of vaccines. It’s been a long time coming to get to this size, but it’s been ongoing.

Psaki was also asked about some of the Cubans flying the flag as a symbol of freedom, just as the folks in Hong Kong fighting against Communist repression had flown it before them.

Psaki’s response was an odd tap dance. She said Biden values it “as a symbol.” A symbol of what? And she said, as a juxtaposition, “but” he also values the right to protest. It sounds like she just subbed in the answer she had for protests against the flag. How hard is it to say, “Yes, it’s a special thing that the flag is a symbol of freedom to the rest of the world, that America is a beacon of freedom to the world?”

But then she really stepped in it when asked about Joe Biden’s statement on Cuba that we reported about earlier today.  That statement also failed to mention Communism. But it took them over a day to issue a response to what was going on and her remarks about it were strange, suggesting that he hadn’t actually written it.

What the heck? The “statement…we put out in his name?” “In his voice, of course.” Is it his statement or not? Did he write it or didn’t he? Why hasn’t he spoken in person on this? Where is he? Who’s running this chicken operation