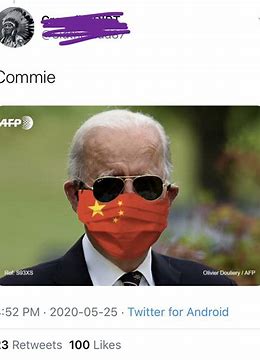 To the extent that political polling can be taken seriously after the last election cycle, this sampling is quite telling.

According to a poll conducted by Monmouth University and released on Monday, 32 percent of Americans believe President Joe Biden won the election because of voter fraud.

The Hill noted, “In similar Monmouth polls conducted in November, January and March, the number of voters who believe that fraud cost former President Trump a second term in the White House has remained steady at 32 percent.”

Loath to miss the chance to editorialize, The Hill also told us what this means: “The polling underscores how pervasive Trump’s false claims of a stolen election have become among his supporters in the months since the 2020 presidential race.”

That would be the narrative forwarded by those in the establishment media bent on protecting the sitting president and classifying claims of election fraud as drivel pushed by Trump.

As it turns out, there is far more evidence of voter fraud than of “voter suppression,” which has become the term used by Democrats to describe anything that prevents Democratic operatives from voting for Democrats on behalf of others.

But the reason why one-third of Americans profess to believe something that so far has not been definitively proved is that partisan politics is ascendant over questions of objective truth.

This means that asking someone whether he believes the election was fraudulent is the same as asking which candidate he supported — Trump or Biden.

It is reasonable to assume that many of the surveyed people who said Biden won because of fraud did so merely to stick their thumb in the eye of the leftist establishment.

The reason for this has as much to do with Democratic propagandizing as Trump overplaying legitimate instances of fraud and irregularity.

For years, Americans have been told without evidence that Trump was illegitimately elected in 2016.

We have also been assured that the 2018 Georgia gubernatorial race was stolen from Stacey Abrams.

Is it any surprise that many Americans no longer seem to believe elections are legitimate unless their preferred candidate wins?

We have elevated the comparatively trivial above basic notions of truth, beginning with the leftists who have denied the nature of things like biological sex and unborn babies.

Ultimately, we should be more ready to stand with what we believe to be true than with our political party and its candidates.

If substantial numbers of Americans believe the last election was stolen, then there are at least three things they should do: investigate claims of voter fraud, pass laws to prevent it and vote out the guy they say was illegitimately elected.