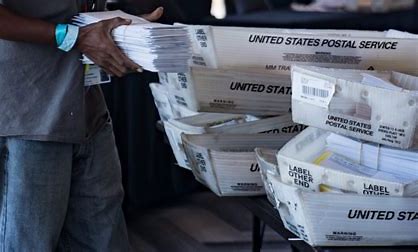 The series of new revelations about how the 2020 election unfolded in Fulton County, Georgia, show the need for an audit, a lawyer representing voters in the state says.

The county acknowledged it is missing absentee ballot transfer forms last week, prompting Georgia Secretary of State Brad Raffensperger to announce his office was investigating the matter. State investigators have been conducting a secret ballot probe since late last year, after poll monitors said they observed what appeared to be fraudulent ballots, it was also revealed this month. And notes taken by an election monitor hired by Raffensperger were published for the first time, showing the monitor witnessed serious issues like the scanning of ballots that had already been counted

“It’s horrendous and that’s why we need an audit,” Bob Cheeley, who is representing some of the plaintiffs in an ongoing case against the county, said on an election special that aired on Real America’s Voice.

Ten certified examiners are prepared to analyze each absentee ballot that was cast in the county in the 2020 election, the lawyer added. They would see if the ballots were filled out with a person’s hand or a printer.

In court this week, Cheeley said the examiners would use “high-powered microscopes” in the examination, if it’s approved by the judge.

“We have people that saw, during the hand recount, many of these ballots had never been folded. So there was no crease. They should have been in an envelope. That’s a dead giveaway. And then these people saw that these ovals outside of the candidates’ names have been perfectly filled in with a white space in the middle and that’s impossible,” Cheeley said during the election special.

Poll monitors and other voters who attested to witnessing irregularities during the 2020 election and in subsequent recounts filed a petition late last year, asserting fraud occurred. They were given low-resolution absentee ballot images. A preliminary examination uncovered anomalies, David Sawyer, a forensic expert retained by Cheeley, told the court last month.

Sawyer, reached by The Epoch Times, declined to comment further until the case is over. Cheeley has not returned requests for comment.

Henry County Superior Court Chief Judge Brian Amero, who is overseeing the case, later said petitioners could go to the county’s ballot storage warehouse and observe as workers imaged the ballots at a higher resolution, which would enable experts like Sawyer to perform a more in-depth analysis.

However, Amero canceled the scheduled visit after the county filed motions to dismiss. County lawyers and Cheeley were among those arguing their cases in court on June 21. Amero did not immediately decide whether to dismiss the case. He said he wanted to take time to mull over what was presented.

If granted, the audit would be one of the largest independent reviews in the nation conducted after the 2020 election.

During the hearing, a county lawyer disclosed that Raffensperger’s office is investigating “all of the complaints” regarding the county’s handling of the election, including what happened at the State Farm Arena in Atlanta, where many ballots were counted. She also revealed that an investigator with the office “pulled the specific batches” identified by the petitioners and their witnesses as part of a probe that had not been talked about publicly until this week.

“My understanding is they did not find what the witnesses were alleging. That, of course, not public yet, but the investigation is ongoing,” she said.

Frances Watson, chief investigator for the secretary of state’s office, confirmed in a recent statement that she sent investigators to inspect batches of sealed ballots and that the investigators did not find ballots that looked fraudulent.

County lawyers argued in court that petitioners lack standing, that they did not file the proper filing for the relief they seek, and that the county will not count counterfeit ballots in future elections.

4 thoughts on “‘We Need an Audit:’ Georgia Lawyer on Latest Fulton County Updates”