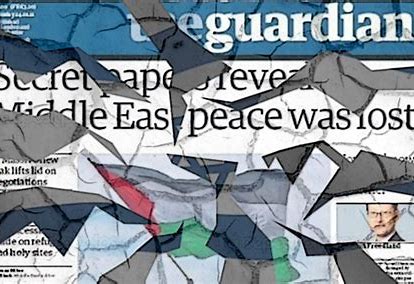 More than 450 journalists signed a letter that began circulating Wednesday promising to change their coverage in order to reflect the “crimes against humanity” committed by Israel.

The letter cited the journalists’ “sacred” obligation “to get the story right.”

It took issue with supposed “unchallenged” statements from Israeli officials that were, in their view, “justifying the killing of civilians.”

Journalists also stop covering the issue when the conflict is not escalating, the letter claimed.

“We have failed our audiences with a narrative that obscures the most fundamental aspects of the story: Israel’s military occupation and its system of apartheid,” the letter claimed. “For the sake of our readers and viewers — and the truth — we have a duty to change course immediately and end this decades-long journalistic malpractice. The evidence of Israel’s systematic oppression of Palestinians is overwhelming and must no longer be sanitized.”

The letter called out reporters who allegedly regurgitated Israeli narratives without challenging them and took issue with some reports writing about the conflict as if it is both-sided.