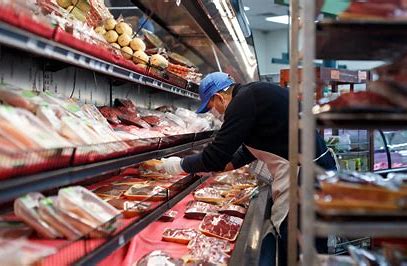 The next time you’re shopping for groceries or taking in a meal at the local cafe, keep an eye out for newly raised prices.

Companies from Chipotle to Piggly Wiggly are raising prices in an effort to make up for elevated costs in labor, goods and transportation, according to The Wall Street Journal.

Consumer prices flew upward by five percent in May, marking the highest rate of inflation since the Great Recession.

Now, the increasing costs of everyday necessities like food threaten to combine with that runaway inflation to the serious detriment of everyday Americans.

“Quite frankly, we’re not done with all the pricing actions that we need to take,” Hormel CEO Jim Snee told The Wall Street Journal in explaining the company’s raising of prices on everything from peanut butter to Spam. “There’s still more to come.”

The squeeze on Americans’ wallets seemingly isn’t pricing anyone out of food yet, but those with bigger families and grocery bills ought to prepare the best they can for a continued hardship.

The new hardship is an unfortunate fact of the Biden administration’s terrible domestic policies, which Ohio Sen. Michael Rulli concisely pointed out.

“Inflation is a tax on American families,” Rulli said.

Indeed, as food costs creep up and go unaddressed by the White House, everyday Americans will be forced to pay the price of a disrupted market if they want to eat.

As it turns out, the costs of the progressive stimulus-fever must be borne by more than simple tax dollars.

It’s little wonder the situation has many feeling nostalgic for a presidency gone by.