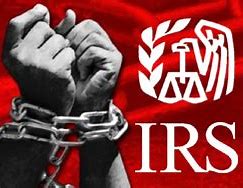 The IRS rejected a Texas-based Christian group’s tax exempt status because the Bible’s teachings are affiliated with the Republican party.

Stephen Martin, the IRS director of exemptions, sent a letter to Christians Engaged said the organization used Bible teachings “typically affiliated with the Republican Party and candidates” to educate people on how to vote.

By teaching members about issues such as “the sanctity of life, the definition of marriage, biblical justice, laws vs. lawlessness, freedom of speech, religious liberty, government and business ethics, human trafficking, fiscal responsibility in government budgeting, defense, borders and immigration, U.S. and Israel relations,” Martin said the group had “engaged in prohibited campaign intervention.”

“While you educate voters on what the bible says about issues, your educational activities are not neutral,” he wrote. “The topics typically are affiliated with distinct candidates and specific political party platforms.”

The group, which first formed in July 2019, also educates individuals on how to choose between “imperfect candidates,” urging members to look at what the candidate says about the issues and see if their beliefs align with the bible,” Martin wrote.

Christian Engaged – which describes itself as “educational, Christian and non-partisan” – has a section on its website encouraging individuals to vote in every election “to impact our culture.”

Christians Engaged appealed and said they are not political. They claimed that they do not produce voter guides.

“We just want to encourage more people to vote and participate in the political process,” Christians Engaged President and founder Bunni Pounds said. “How can anyone be against that?”

The IRS noted that the group’s leadership is filled with ‘GOP activists’ and decided the organization does not qualify for tax-exempt status.