Law and Order? Charges Dropped for Hundreds of Looters and Rioters in NYC 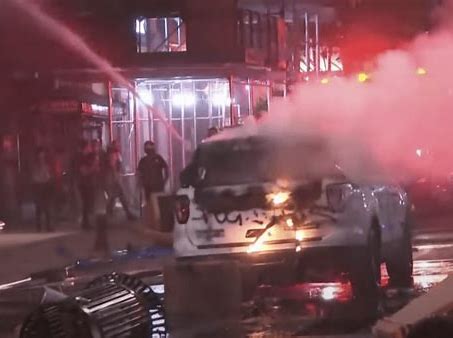 If you were a looter in New York City during 2020’s summer of “love,” chances are that, if you happened to be arrested by the police, you probably got off scot-free thanks to the city’s district attorneys.

In an investigation of NYPD data, NBC New York found many of those who were arrested during the widespread looting and rioting last year have had their cases dropped by authorities.

In the Bronx, 118 arrests related to the unrest were made in June, but the Bronx DA and the courts dismissed 73 of them, leaving just 18 cases open. While there have been 19 convictions, those were mostly lesser offenses such as trespassing, which carry no jail time.

In Manhattan, there were 485 arrests related to the riots and looting, but 222 cases were later dropped while 73 resulted in convictions for offenses such as trespassing. Forty cases involved juveniles and were sent to family court, and 128 of those cases remain open.

“Those numbers, to be honest with you, is disgusting,” Jessica Betancourt, whose eyeglass shop was looted last year, told NBC New York. “I was in total shock that everything is being brushed off to the side.”

Sources in the DA’s office told NBC New York cases were dropped because the evidence was not strong enough to get convictions, despite the creation of the NYPD’s task force to determine who partook in the city’s destruction. They also cited the large backlog of cases paused due to COVID-19.