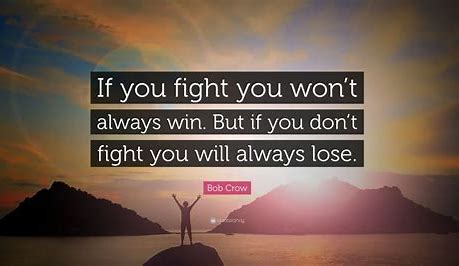 The left isn’t going to nicely make compromises and exceptions for you, no matter how far the bench you’re sitting on is from the field.

In the political lexicon, a person who has been “red-pilled” — a reference to an iconic scene in the 1999 film “The Matrix” — has moved from the left to the right. At least from the right’s perspective, red-pilled people courageously shed their previous assumptions to realign from blissful ignorance to reality, often enduring significant social and professional consequences.

A related new term has emerged and quickly gained popularity on the right: “black-pilled.” While a red-pilled person typically finds conservatism unexpectedly, through a certain book or a particular professor, taking the “black pill” is fully intentional. Rather than prompting an exit from the matrix of leftist groupthink, however, taking the black pill means totally disengaging.

Black-pilled Americans have concluded politics and culture are so corrupt there’s no longer any use in trying to save them. Think of the hundreds of thousands of Republicans who stayed home during the U.S. Senate runoff elections in Georgia. Instead, they believe the only viable course of action is to pull the plug and fade to black.

This is wrongheaded. It’s cowardly and selfish, abandoning our fellow citizens to woke chaos. And it’s a surefire way to lose the republic once and for all.

Black-pilling apologists insist the storm has to pass eventually — perhaps 10, 20, or 50 years from now — so it’s better to save energy. Such an assumption is incredibly naïve.

Rather than assuming the evils of the world will retreat on their own, conservatives must proactively engage the fight. No corner can expect to escape wokeism’s ever-increasing political and cultural power if left unchecked. Not content to simply let conservatives retreat, the left is sniffing them out in their schools, jobs, and suspended social media accounts.

Take the example of leftist propaganda in public schools. Fed up with a barrage of wokeism and the diktats of self-seeking teachers’ unions, many parents over the past year have pulled their kids out of public education. In many cases, they’ve turned to homeschooling. Others have chosen private schools, religiously affiliated or otherwise.

There was recent reason to hope this would be an effective alternative to the public school’s propaganda-pushing. The Biden administration announced it would “vigorously” defend what had long been a commonly accepted position: religious schools should not be forced to contravene their theological beliefs, including those on human sexuality.

But it wasn’t enough for the left to win with an asterisk. LGBT activist Lauren Ober, for instance, described the religious exemption as “just a thinly veiled excuse for anti-LGBT hate and abuse.”

The director of the “Religious Exemption Accountability Project” declared the administration was “aligning itself with anti-LGBTQ hate in order to vigorously defend an exemption that everyone knows causes severe harm to LGBTQ students.” Meanwhile, PinkNews filed its story about the administration’s announcement under the categories “Christianity” and “homophobia.”

The left has been rapidly moving toward this point for years. In 2019, Robert “Beto” O’Rourke, once considered a leading Democrat presidential candidate, said every place of worship that defined marriage as between one biological man and one biological woman should lose its tax-exempt status. Beto was only slightly ahead of the curve. Without a doubt, there will be more presidential contenders next time around eagerly willing to take the same position.

While Biden makes empty and untrustworthy promises to religious institutions, the left will continue its crusade against people of faith like the Little Sisters of the Poor, and Christian bakers in Middle America merely using their artistic talents to provide for themselves and their families.

That a “religious exemption” is even considered controversial by coastal elites ought to alarm every American who believes our First Amendment freedoms are crucial to liberty and prosperity. It’s a very dangerous idea to let faceless administrative bureaucrats decide whether a Christian school is allowed to adhere to Christianity, an Islamic school to Islam, or a Jewish school to Judaism. Even worse, the loudest voices in the Democrat Party believe the answer is “no.”

The most influential and energized segment of the left is willing to skewer its own party to seize control of your children’s future. Monopolizing the next generation’s minds is the sine qua non of their quest to permanently change America.

Conservatives must not delude themselves into thinking they can just disengage from the culture war. The battle lines are drawn. And the left isn’t going to nicely make compromises and exceptions for you, no matter how far the bench you’re sitting on is from the field.