Lakewood’s Population Blew Up in 10 years. How Much More Can it Grow? 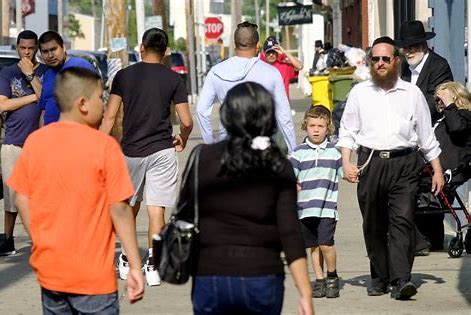 The release of new population totals by the U.S. Census Bureau earlier this month presents a fresh question for the township and Shore: How much bigger can Lakewood get?

The new data put Lakewood’s population at 135,158, a 46% increase from 2010 and the highest increase of all New Jersey municipalities.

The new tally made Lakewood the fifth-largest municipality in the state. It also, in large part, drives a county-wide expansion.

Overall, Ocean County grew by 10.5%, up more than 60,600 residents, to a total population of 637,229, according to the new data. The growth came despite population declines in many communities.

Those new Lakewood residents, however, are likely to amplify worries over schools, the environment, congestion, traffic and strains on public resources — for years the grist of planning board hearings throughout the region.

Local officials say the infrastructure should be able to keep up with demand. Some environmentalists, however, worry that such continued expansion could kill off large swathes of nearby Barnegat Bay.

Mayor Ray Coles guesses that the town’s true population is actually closer to 150,000.

“I don’t think it’s unexpected from anybody,” Coles said. “Anybody who’s been around for the past 10 to 20 years understands how quickly the town has grown.”

As Ocean County has grown more diverse, Lakewood has remained mostly white, according to the data.

Much of the population growth there is driven by the burgeoning Orthodox Jewish community, which comprises approximately 70% of the township. The U.S. Census Bureau put the town’s Black population at 2.6% and its Hispanic community at 11.7%.

Statewide, New Jersey is more diverse, with 55% identifying as white. A diversity index, which measures the likelihood that any two residents will identify as a different race and ethnicity combination, rose from 59.4% to 65.8% since the last census.

As recently as four years ago, in 2017, township officials projected Lakewood’s population would hit 220,000 by 2030, with new residents moving to town and a birth rate of approximately 4,000 per year.

After the 2020 census figures came out, Coles predicted most of the growth over the next decade would be from births rather than new residents moving in, and that towns around Lakewood — Toms River and Jackson in particular — would absorb some of the new population.

But not all surrounding towns are embracing high-density development. Toms River’s downtown may soon see major redevelopment to the south, but in Howell to the north, local politicians of both parties typically run on platforms of blocking new development.

And both Toms River and Jackson have been targets of lawsuits alleging the communities have taken steps, including by enacting onerous land-use measures, to discourage Orthodox Jews from locating there.

Meanwhile, the expansion in northern Ocean County has spooked environmentalists, who warn that the area is short on groundwater and sending more and more pollution into Barnegat Bay.

“That type of high-density urban development, the environmental impact will be tremendous,” said Jeff Tittel, a former director of the NJ Sierra Club.

The recent closing of the Oyster Creek nuclear power plant in Lacey was a win for the bay, Tittel said, with less thermal pollution warming the water. But without major stormwater treatment from the state, Tittel anticipated that plant and animal life will die out in the northern part of the bay.

Ocean County Board of Commissioners Director Gary Quinn said he anticipated that Lakewood and surrounding towns would continue to grow.https://www.usatodaynetworkservice.com/tangstatic/html/papp/sf-q1a2z3be0d353f.min.html

“Certainly the Orthodox (Jewish) community takes most of the growth,” Quinn said. “Why they’re all coming to Lakewood, I think it’s a situation where people are moving out of the cities, they want to raise their families in more of a suburb type of situation.”

Rabbi Aaron Kotler, president of Beth Medrash Govoha, the largest yeshiva outside of Israel and a hub of religious and cultural life in the township, said that Lakewood’s big draw is quality of life — good jobs, social services from volunteer agencies and a thriving business community.

“The social, communal and religious amenities, economic opportunities and quality of life are what are driving people to want to live here,” Kotler said.

“Along with the growth you do have problems, we certainly do have major traffic problems on the state highway, Route 9,” Quinn said. “We are always experiencing growing pains.”

As Lakewood has grown, the county has invested in road and sidewalk improvements to accommodate the rising tide of motorists and pedestrians, Quinn said. On top of which, the state Department of Transportation “has put the Lakewood road improvement projects back onto their list of projects to be looked at,” he said.

With luck, Quinn said, that will mean an expanded Route 9 between Lakewood and Toms River.

But while Lakewood’s population has grown by nearly half, its population that identifies as ethnically Hispanic, which has long comprised a significant portion of the community, has decreased. Quinn surmised that was a result of real estate developers offering high prices to speed redevelopment.

The reported continuing decline in the number of non-whites living in Lakewood will add to the peculiar circumstances of the public school district. It serves an ever-shrinking number of township students — about 5,600 mostly Hispanic and Black students — as the private-school population, numbering some 30,000, continues to flourish.

Public policy experts have long complained that the state formula for funding public schools shortchanges Lakewood, because it fails to fully account for the services the district is obligated to provide to nonpublic students.

“I don’t see the numbers decreasing in the county,” Quinn said of Hispanic Ocean County residents. “They’ve migrated to different areas in the county.”

A combination of factors was at play, Quinn said.

In addition to good schools and lower housing prices than elsewhere in New Jersey, more and more people have opted to leave big cities — a trend that hit warp speed when COVID-19 sent huge swathes of the workforce home to work remotely.

“People come here to have a good quality of life,” Quinn said of Ocean County. “I think moving forward we’re going to see a lot of growth.”