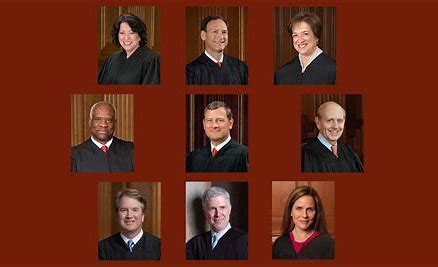 On Monday, the Supreme Court unanimously rejected an illegal immigrant’s attempt to twist immigration law and create a loophole that would allow thousands of illegal immigrants to become lawful permanent residents. Democratic senators and attorneys general advocated for this loophole, but a liberal justice wrote the opinion for a unanimous Court.

“Petitioner Jose Santos Sanchez entered this country unlawfully from El Salvador. Years later, because of unsafe living conditions in that country, the Government granted him Temporary Protected Status (TPS), entitling him to stay and work in the United States for as long as those conditions persist,” Associate Justice Elena Kagan, an Obama appointee, wrote in the opinion. “Sanchez now wishes to become a lawful permanent resident (LPR) of the United States. The question here is whether the conferral of TPS enables him to obtain LPR status despite his unlawful entry. We hold that it does not,”

In Sanchez v. Mayorkas, Kagan noted that U.S. immigration law, “applied according to its plain terms,” “prevents Sanchez from becoming an LPR. There is no dispute that Sanchez ‘entered the United States in the late 1990s unlawfully, without inspection.’”

Yet Democrats and immigration activists twist the law to argue that if an illegal immigrant obtains temporary protected status due to violence or bad conditions in his or her home country, he or she can be considered “admitted” for the purposes of obtaining LPR status. While TPS does protect illegal immigrants from removal and authorizes them to work in the U.S. as long as the TPS designation lasts, the Court rightly ruled that this provision does not erase a person’s unlawful entry into the U.S. for permanent residency status.

Kagan’s conclusion is blunt: U.S. law “generally requires a lawful admission before a person can obtain LPR status. Sanchez was not lawfully admitted, and his TPS does not alter that fact. He therefore cannot become a permanent resident of this country.”

Kagan’s opinion represents a blunt refutation of this sleight-of-hand attempt to undermine immigration law. Jonathan Turley has suggested that the Court’s recent string of unanimous decisions like this one may be a subtle message to Democrats, warning them against packing the Supreme Court. While Turley has a point, the Supreme Court often hands down unanimous decisions — yet these decisions do not often gain the same coverage as 5-4 rulings on controversial issues.

Immigration advocates will lament the fact that many of the 400,000 people with temporary protected status are illegal immigrants and that these people will not be able to become permanent residents. Yet blatant violations of immigration law do not disappear when Congress grants illegal immigrants a temporary status due to horrible conditions in their home countries.

The Court made the right decision in this case.