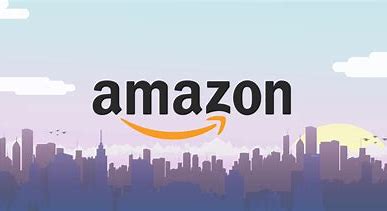 Amazon is introducing a new feature that could have major implications for Americans’ data privacy.

Amazon Sidewalk is a wireless network that connects Echo, Ring, and other smart home devices. It will automatically turn on for all owners on Tuesday, June 8 unless they opt-out. As a result, some government officials and data privacy advocates are sounding the alarm on the new provision.

Sidewalk uses WiFi and Bluetooth to connect Amazon Smart Home devices to a broader network. “Sidewalk can help simplify new device setup, extend the low-bandwidth working range of devices to help find pets or valuables with Tile trackers, and help devices stay online even if they are outside the range of their home WiFi,” according to Amazon.

However, Washington Post tech columnist Geoffrey Fowler explains, “by participating, you also have no control over what sort of data you’re helping to transmit.” Fowler recommends that Amazon Echo and Alexa owners turn off the feature.

Other technology experts are worried about third-party hacks.

Major companies like Colonial Pipeline and the JBS meatpacking company have been the targets of ransomware attacks in the last month. Colonial paid millions of dollars to regain access to its servers. Although Amazon claims to be using three levels of encryption to prevent hacks, WiFi and Bluetooth networks are constantly subjected to hacks that are frequently successful, according to Ars Technica.

A successful hacker would gain access to “who knocks on our doors … our living rooms … the conversations we’re having with friends and family … [and] locks and other security systems in our home.”

Democratic Connecticut Attorney General William Tong is warning his constituents about the potential dangers of Amazon Sidewalk. “Our smart home devices already have access to our most personal spaces and information, and now Amazon wants to use them to form a shared neighborhood network,” he said in a Monday press release.

“Wireless networks are already notoriously vulnerable to hacks and breaches, and families need better information and more time before giving away a portion of their bandwidth to this new system. I urge families to consider the pros and cons of joining Amazon Sidewalk, and to opt-out, unless fully confident their privacy and security will be protected.”

Users can opt-out of Sidewalk through Account Settings in the Alexa app and the Control Center of the Ring app, The Verge noted.