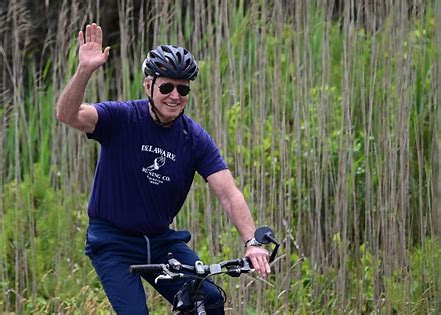 There’s a lot of crazy woke-ism out there and it probably would be hard to say what the worst example is.

But you probably would have to say that calling mothers “birthing people” is right up there on the crazy meter.

I guess I don’t understand why you just can’t call them mothers since that’s what we’ve been calling them in every language for thousands of years. But then I suppose I belong to the perpetually un-woke club.

But when you do call them “birthing people” instead of mothers, aren’t you basically erasing the women who are mothers? Just exactly who are you recognizing when you use this term? So how is this being advantageous to women?

But it used to be all this nonsense was on the fringe, even in colleges. Now, of course, it’s mainstream there and it’s been insinuating itself all over the government, even into the military.

Now, this is from the budget just proposed by Joe Biden, the supposed leader of the free world and this is what is in it.

Reduces Maternal Mortality Rate and Ends Race-Based Disparities in Maternal Mortality. The united States has the highest maternal mortality rate among developed na- tions, with an unacceptably high mortality rate for Black, American Indian/Alaska Native, and other women of color. To help end this high rate of maternal mortality and race-based dispari- ties in outcomes among birthing people—and in addition to the investment in maternal health included in the American Families Plan

“Follow the science,” we’re told. But then they seem to want to reject just basic biological science.

I’m also thinking they don’t understand what the Latin root of the word “maternal” is, or they likely would have wiped out that word as well.

We previously reported on stuff like this when the House rules for this Congress eliminated all gender-based terms and Rep. Cori Bush used the term birthing people.

But this is just the start. You also have terms out there in the firmament like “chestfeeding” rather than breastfeeding. Is there something offensive about breasts now?

If the point of this is to not offend people who want to “identify as women,” how does not using the term mother, or seemingly denying that mothers exist, help that? If we wanted to talk about the “patriarchy,” are we talking about Joe Biden wiping out recognizing that great gift and ability that only women have to give life? I guess we need to eliminate Mother’s Day now too.

With all the problems that Joe Biden has to deal with, most of which are of his own making, this is the kind of thing that he’s put in his budget and about which he is concerned?

One thought on “Biden Erasing ‘Mothers’ With New Woke Term”