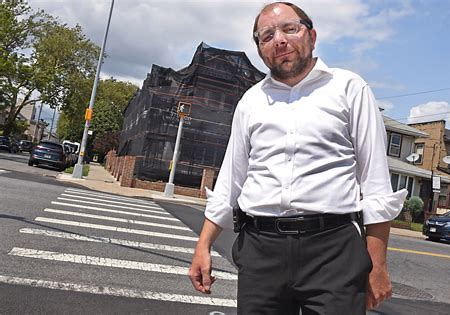 Brooklyn, N.Y. — Two suspects beat and robbed a Jewish man on his way to synagogue in Brooklyn on Friday, sparking a hate crime investigation, officials said.

The 41-year-old victim told police he was walking south on New York Avenue around 5:45 a.m. when two men approached him from behind and repeatedly punched him in the face, causing pain and a cut to his head, according to the NYPD.

The suspects stole a bag that contained religious items and fled south on New York Avenue, police said. Some of the items were recovered near Avenue K and New York Avenue, authorities said, but a cloak remained missing.

The Flatbush Shomrim Safety Patrol tweeted video of the vicious attack and offered a $1,000 reward for information leading to an arrest.

The NYPD Hate Crime Unit launched an investigation as well.

The Flatbush Shomrim Safety Patrol, a volunteer organization that is not an official NYPD unit, urged anyone with information to call the NYPD’s 63rd Precinct or its own hotline 718-338-9797.

“I am outraged to once again hear of an anti-Semitic attack in our state. To beat and rob a Jewish man on his way to a synagogue is sickening beyond compare. Hate has no place here and we will not tolerate it,” the governor said Saturday. “To the Jewish Community of New York, I know this is exhausting. No one should have to worry about being attack for their religious beliefs, ever. We stand with you and we will not stop fighting until the plague that is hate has been eradicated. Love will win here.”