‘If We Give up on Lod, we’ll Lose Jerusalem Too’ 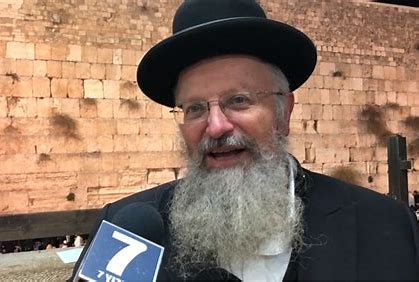 On Wednesday, the Chief Rabbi of Tzfat, Rabbi Shmuel Eliyahu, arrived in the city of Lod, along with other rabbis from the “Torat Ha’aretz Hatovah” organization of Religious-Zionist rabbis, in order to encourage the Jewish population of the city and call on the government to act with determination to protect the Jewish community there.

“The battle for Lod isn’t just about what’s going on here,” Rabbi Eliyahu said. “It’s also about Ramle, about Jaffa, about Haifa, and about Jerusalem. Maybe it’s even chiefly about Jerusalem, because the Arabs in Gaza, as well as those in Judea and Samaria, have one single goal – to drive us out of the Land of Israel, little by little.”

“If we give up on Lod, we won’t remain in Jerusalem,” he stressed. “And we intend to protect Jerusalem, and the protection for Jerusalem is right here, in Lod.”

Referring to the violence that has seized the city over the past few weeks, with Jewish residents feeling abandoned by the government to the extent that people have been arriving from across the country to defend the Jewish inhabitants of Lod, Rabbi Eliyahu said, “Protecting Lod can’t be left to volunteers who come with their own weapons. We have a police force here, and all it needs is to receive the order to protect this city.”

That hasn’t happened yet, the rabbi said. “People here were shooting from their own apartments – live fire – and the police didn’t enter those buildings and confiscate the weapons. People here burned buildings, synagogues, hundreds of vehicles – and meanwhile, the police stood with arms folded and did nothing. No rubber bullets, no water cannon – nothing.”

Alleging that the police inactivity is due to a policy decision made by the government, Rabbi Eliyahu demanded a change in that policy.

“All the rabbis here, as well as Rabbi Druckman, demand of the Prime Minister that he give the order to the police to impose law and order here in Lod,” he concluded.