Miracle at the border: 30 soldiers leave bus right before Hamas blows it up 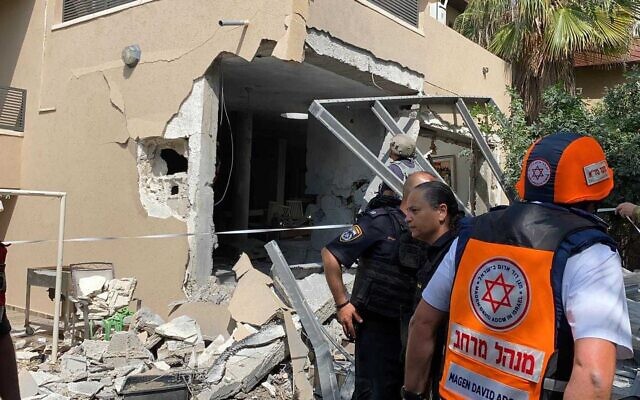 the bus which was hit by a missile צילום: חדשות בטחון שדה בטלגרם

Meir Vaknin, the driver of the bus which was struck by a Hamas anti-tank missile Thursday morning, spoke to Liat Regev of Reshet Bet about the attack, which could have ended with dozens of casualties instead of zero.

“I let the soldiers off, turned around and then there was an explosion. The whole vehicle shook, it was a miracle. About 30 soldiers got off a few seconds before and dispersed. I will continue to drive soldiers. Thank G-d no one was hurt – the cabin is not protected, everything is plastic,” he said.

A preliminary investigation of the incident reveals that the bus was on its way to bring back the soldiers from a mission, traveled on non-exposed routes and dropped off the soldiers in the permitted area. After the soldiers got off, the bus advanced a few more meters outside the base, to an exposed area, and was struck by an anti-tank missile while the driver was inside.

One soldier was wounded by shrapnel in the attack and taken to Barzilai Medical Center in Ashkelon.