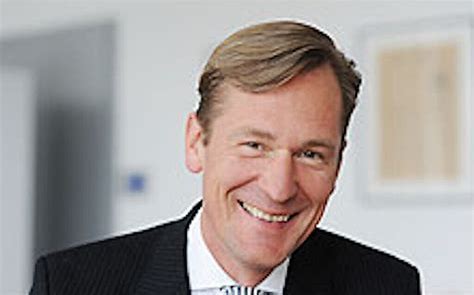 (JTA) — Here’s the advice from a top publishing executive in Germany to employees who complained about his decision to fly the Israeli flag on the business’ headquarters: Find another place to work.

“I think, and I’m being very frank with you, a person who has an issue with an Israeli flag being raised for one week here, after antisemitic demonstrations, should look for a new job,” Mathias Doepfner, the chairman of Axel Springer, said in a conference call last week with thousands of his employees around the world, Israel Hayom reported Monday.

Doepfner has described himself as a non-Jewish Zionist.

The flag was raised last month as Hamas and Israel exchanged fire for 11 days, resulting in more than 250 fatalities, mostly on the Palestinian side. Many protests against Israel in Europe and beyond featured incitement against Jews and Israel, and several acts of violence in Europe and the United States were documented in connection with the protests.

On its website, the publisher lists five “Principles and Values.” The second states: “We support the Jewish people and the right of existence of the State of Israel.”

The first is: “Standing up for freedom, the rule of law, democracy, and a united Europe,” followed by “support for the transatlantic alliance between the United States of America and Europe; commitment to a free and social market economy, and the rejection of political and religious extremism and any kind of racism and sexual discrimination.”