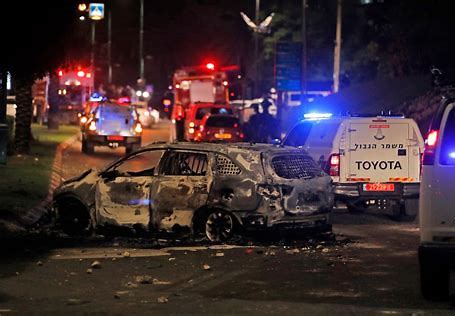 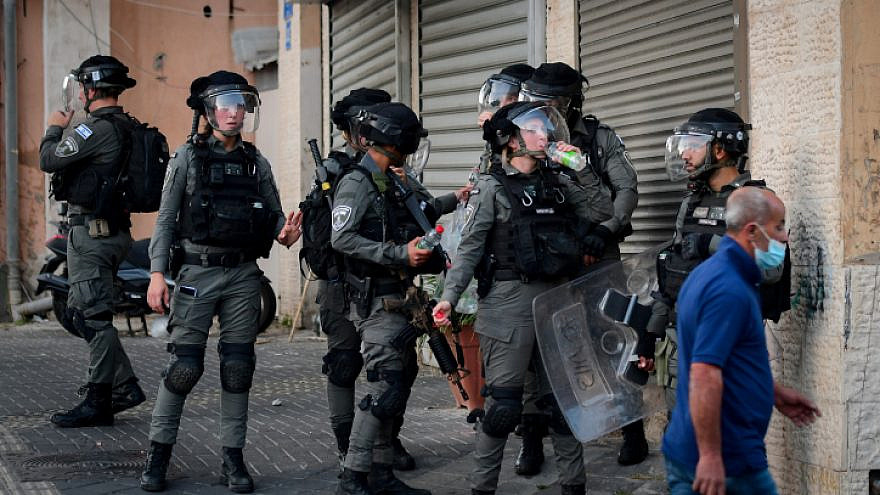 Israeli Border Police in Jaffa, where Arab Israelis have been rioting and causing damage, as part of a wave of internal violence in the Jewish state, May 11, 2021. Photo by Avshalom Sassoni/Flash90.

“We are in an emergency period … At this time, massive reinforcement of forces on the ground is needed,” says Defense Minister Benny Gantz.

Gantz said he opposed dispatching Israel Defense Force troops on public-order missions inside Israel, according to a statement by the defense minister’s bureau.

“No IDF soldier will deal with policing activities, which are not part of the IDF’s missions as the people’s military,” he said, adding that he would provide the Israel Police and Border Police “with everything needed, including recruitment processes, and the logistical support, training and deployment of companies to ready them as quickly and effectively as possible.”

“We are in an emergency period against the background of nationalistic [violence]. At this time, massive reinforcement of forces on the ground is needed. They need to flow in immediately, and bring about law and order,” said Gantz. “At the same time, these are not a substitute for responsible leadership and for calming the situation.”

He called on Arab and Jewish leaders to “cool down the territory and to stop the incitement that is tearing Israeli society apart from the inside.”

Gantz’s statements come on the heels of an announcement by Israeli Prime Minister Benjamin Netanyahu of his intention to advance emergency legislation that would enable military units to deploy to flashpoints inside the country to assist the police, which has been struggling to cope with incidents of Arab-Jewish violence and mob attacks, particularly in the central city of Lod,  reported Ynet.