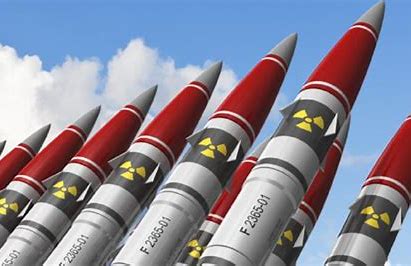 After President Joe Biden ordered U.S. intelligence to look into the origins of the coronavirus, Chinese state-run media figure Hu Xijin expressed that China’s nuclear arsenal must be increased and updated in order to prepare for nuclear war against us.

Why does one state-run figure saying that matter? Because the outlet Hu Xijin works for says out loud what China’s communist party leadership is thinking internally.

As covered by The Daily Wire, Xijin took to social media and posted his remarks right after Biden gave the order to investigate where the coronavirus came from:

“Given the intensifying US strategic containment of China, I would like to remind once again that we have many urgent tasks, but one of the most important is to keep rapidly increasing the number of nuclear warheads and strategic missiles like the Dongfeng 41 with extremely long-range and high survival capabilities,” Hu wrote in a post translated by Chinese human rights activist Jennifer Zeng. “This is the cornerstone of China’s strategic resilience against the United States.”

“We must be prepared for a high-intensity showdown between the US and China, at which point a large number of DF-41 and JL-2 and JL-3 will be the backbone of our strategic will. Our nuclear missiles must be so numerous that the US elite will tremble at the thought of military confrontation with China at that time,” Hu continued.  “On such a basis, we can calmly and actively manage our differences with the US and avoid all kinds of gunfire. As US hostility toward China continues to burn, we need to use our strength and the unbearable risks they would face if they took the risk to force them to remain calm.”

As Quartz reported in an interview with Hu, he’s often hanging around officials from the foreign ministry and security department, and that while they dare not say certain things out loud, Hu said “they can’t speak willfully, but I can.”

The U.S. isn’t sitting on its nuclear arsenal either. According to Reuters, Biden is directing $715 billion of the Department of Defense budget and modernizing our own nuclear arsenal for the express purpose of deterring China from its nuclear option. The money will be split up in various ways, including domestic defense programs for the FBI:

The budget request would buy ships, jets and pay for maintenance and salaries, but an additional $38 billion is earmarked for defense-related programs at the Federal Bureau of Investigation, Department of Energy and other agencies bringing the national security budget to $753 billion, a 1.7% increase over the 2021 figure.

There will also be money to further develop and test of hypersonic weapons and other “next generation” weapons systems as the military aims to build capabilities to counter Russia and China.

We’re definitely in a technological defense race with China, but as tensions rise on various topics from the Coronavirus to the Taiwan Strait, China is flexing its muscles in a very visible way. It’s only logical for the U.S. to do the same.