China Is The Primary Source Of Another Plague Killing Americans 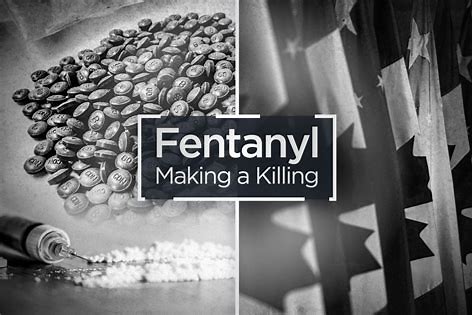 While many in the U.S. have attacked China for its role in allowing COVID-19 to spread across the globe, China is also the primary source of another plague that has killed hundreds of thousands of Americans in recent years: Fentanyl.

Opioid and drug overdose deaths skyrocketed 200% in the U.S. from 2000 to 2014, and haven’t stopped increasing since. The country hit a record 63,600 deaths in 2016 and we crossed the 100,000 death threshold for the 12-month period following April 2020, with the majority of those deaths coming from synthetic opioids like fentanyl.

The Centers for Disease Control and Prevention (CDC) cited synthetic opioids as the cause of death in 62,338 of those 100,000 deaths, adding that the category was “primarily fentanyl.”

President Joe Biden has largely focused his administration on combating the COVID-19 pandemic and passing his expansive infrastructure legislation. While he released a statement on Nov. 17 mourning the loss of the 100,000 American lives lost between April 2020 and April 2021, the statement made no mention of China’s role in the opioid crisis.

Biden has held multiple calls and a virtual meeting with Xi since gaining office in January but has never brought up illicit drug production, according to White House readouts of the meetings. The White House did not respond by press time when asked directly whether Biden has discussed the issue with Xi.

Fentanyl, a man-made opioid, is so dangerous due to its potency — and its cost. The substance is 80-100 times stronger than morphine, and it is far cheaper to produce than natural opioids like heroin. Illicit drug producers often lace their other substances with fentanyl to increase supply, often without the end-user even knowing it. Drug dealers then sell customers substances that are many times more potent than the user may know, resulting in tens of thousands of overdoses.