BREAKING: An Explosion That Left Behind a Crater on The Shores of Long Island Has Sparked Concerns of Potential Terrorism, Fox News Reported. 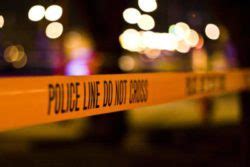 The four-foot wide, two-foot deep crater was allegedly created by an illegal explosion on the north side of Fox Island, detonated by an unspecified device, CBS 2 reported.

“Obviously our department is concerned as to why someone would detonate a device of this size and magnitude on an uninhabited island,”  Suffolk County police acting commissioner Stuart Cameron told reporters on Monday, Fox News reported. He said a 23-foot-long boat with stripes was seen fleeing the area around the time of the explosion.

“We do know that when people produce homemade explosives, very often they want to test those explosives to make sure they function as intended,” Cameron said. “That is one of our concerns, and that is why we want to determine what transpired yesterday morning.”

A Suffolk County police spokesperson told Fox News the department is working with the FBI Joint Terrorism Task Force to investigate the explosion. She said that “terrorism is always a concern because people do test devices before using them.”

“I had just gotten out of the shower and I actually thought something hit the roof, it was so loud,” James Messina, a Long Island homeowner, told CBS 2.

Fellow resident John Sacchitello described nearly being knocked off of his feet when a “huge boom” went off, CBS 2 reported. “My first instinct was somebody’s boat exploded. But the way the smoke dissipated so rapidly, I figured someone set something off,” he said.

Several hundred calls were dialed to the local public safety department in Babylon, a Suffolk County town, after the explosion, CBS 2 reported. Investigators reportedly believe that the explosive device could have been anything from a pipe bomb to dynamite and are urging the public to provide any information they have that could lead to more answers.

4 thoughts on “BREAKING: An Explosion That Left Behind a Crater on The Shores of Long Island Has Sparked Concerns of Potential Terrorism, Fox News Reported.”