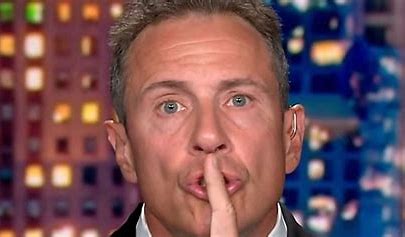 “The New York Attorney General’s office released transcripts and exhibits Monday that shed new light on Chris Cuomo’s involvement in his brother’s defense,” a CNN spokesperson said Tuesday, according to CNN. “The documents, which we were not privy to before their public release, raise serious questions.”

“When Chris admitted to us that he had offered advice to his brother’s staff, he broke our rules and we acknowledged that publicly,” CNN continued. “But we also appreciate the unique position he was in and understood his need to put family first and job second. However, these documents point to a greater level of involvement in his brother’s efforts than we previously knew.”

“As a result, we have suspended Chris indefinitely, pending further evaluation.”

New York Attorney General Letitia James released Monday a transcript detailing that Chris Cuomo was involved in what appeared to be a cover-up in his brother’s sexual assault case.

Cuomo responded “on it” before following up 40 minutes later that “no one has heard that yet.”

CNN announced Monday they’d be reviewing the documents as part of an investigation.

Chris Cuomo originally denied involvement in his brother’s case, saying one week prior to the former governor’s resignation that “I never covered my brother’s troubles because I obviously had a conflict.”