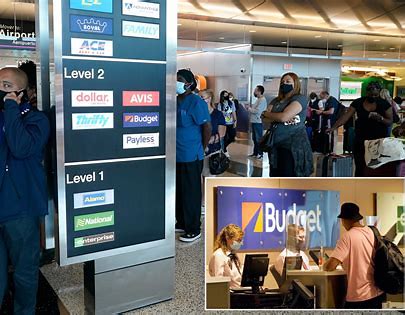 Thanksgiving travelers can expect to pay as much as 75 percent more for car rentals this week amid a nationwide shortage of vehicles, sky high gas prices and supply chain headaches.

Jonathan Weinberg, the founder and CEO of Autoslash.com, said consumers are spending as much as $300 per day to rent a car in busy locales such as New York and the average price nationwide is about $100 a day, more than 50 percent higher than it was in 2019.

“Things are pretty crazy at the moment and the reason is because we have a massive shortage of rental cars, there is a semiconductor shortage, basically computer chips are not available and with today’s modern cars, they require over 100 chips in each one,” Weinberg told The Post Tuesday.

“I think there was a lot of apprehension with traveling last year and the rental car companies still had enough inventory to meet that demand and now it’s completely flipped on its head,” Weinberg said.

“They just sold off too many cars in the middle of 2020 when COVID was impacting their business and they thought they were going to buy back those cars when they needed them but it turns out things were not quite as simple as they thought,” he added.

In Great Neck, Long Island, on Tuesday, Ed L., 29, couldn’t believe the cost he had to pay at an Enterprise Rent-A-Car for wheels to take him to the eastern shore of Maryland to spend Thanksgiving with family.

“That was the most I’ve ever paid!” Ed railed as he showed The Post his receipt.

“I’m in shock. I came today to pick it up and beat the rush but I had to cut a day off and I’ll start tomorrow morning. Last time I did this the gas and tolls cost more than the rental. I hope that’s not true this time!”

Compounding the issue is how many travelers will be on the road ahead of the Thanksgiving holiday. Projections from AAA show that as many as 90 percent of travelers are opting to drive instead of fly, compared to about 80 to 85 percent seen in years prior, which is only driving the price further up with the increased demand.