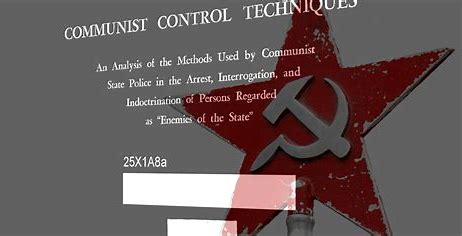 This is the rebuilding of an Aryan Nazi Society, where only the Color Shaded population counts. Readers, this is a very serious situation.

A report alleging that several Lockheed Martin executives participated in a workplace seminar a journalist has labeled “a white male re-education camp” has attracted the very unfavorable attention of an Arizona congressman.

City Journal reported on Wednesday that Lockheed, the nation’s top defense contractor, “sent white male executives to a three-day diversity-training program aimed at deconstructing their ‘white male culture’ and encouraging them to atone for their ‘white male privilege.’”

Republican Rep. Paul Gosar of Arizona said that the report — buttressed by multiple images of documents from the seminar posted online — was an outrage.

“This anti-white, anti-male poison is a Marxist cancer in our society. Any defense contractor taking this approach is a threat to our national security and should be de-barred as a defense contractor,” he tweeted on Wednesday.

Christopher Rufo, a senior fellow at the Manhattan Institute and the author of the article, reported that the training was conducted by White Men as Full Diversity Partners for 13 Lockheed senior executives.

The article did not quote sources by name, but supplied anecdotes from the training.

“According to the participants, these perceptions have led to ‘assumptions about white men and diversity,’ with many employees believing that white men ‘don’t care about diversity,’ ‘have a classical perspective on history and colonialism,’ and ‘don’t want to give away our power.’”

The report said the group was given a collection of more than 150 so-called “privilege statements” to discuss.

“The statements included, ‘My culture teaches me to minimize the perspectives and powers of people of other races’ and ‘I can commit acts of terrorism, violence or crime and not have it attributed to my race.’”

Rufo concluded his extensive Twitter thread providing reported images from the training with a call to action.

“This is pure neoracism from a company that receives billions of taxpayer dollars every year,” he wrote. “I call on the United States Senate to launch an immediate inquiry into the racist practices at @LockheedMartin. We must shut this down before it endangers our national security.”

When the New York Post published a summary of the City Journal report, Lockheed provided the outlet with a statement that said it “has robust employee training programs focused on our core values of doing what is right, respecting others and performing with excellence.”

“Like many corporations, we employ multiple vendors and continuously evaluate the effectiveness of training programs to ensure they are aligned with our values, applicable laws and regulations, and incorporate employee feedback and best practices,” the statement said.

A spokesperson for White Men as Full Diversity Partners told the Post that the City Journal report was “based on factual misrepresentations and a fundamental misunderstanding of the nature of diversity, equity and inclusion work.”