UPDATE: Get to Know this Congresswomen: She is a Good Friend to Jewish Causes: 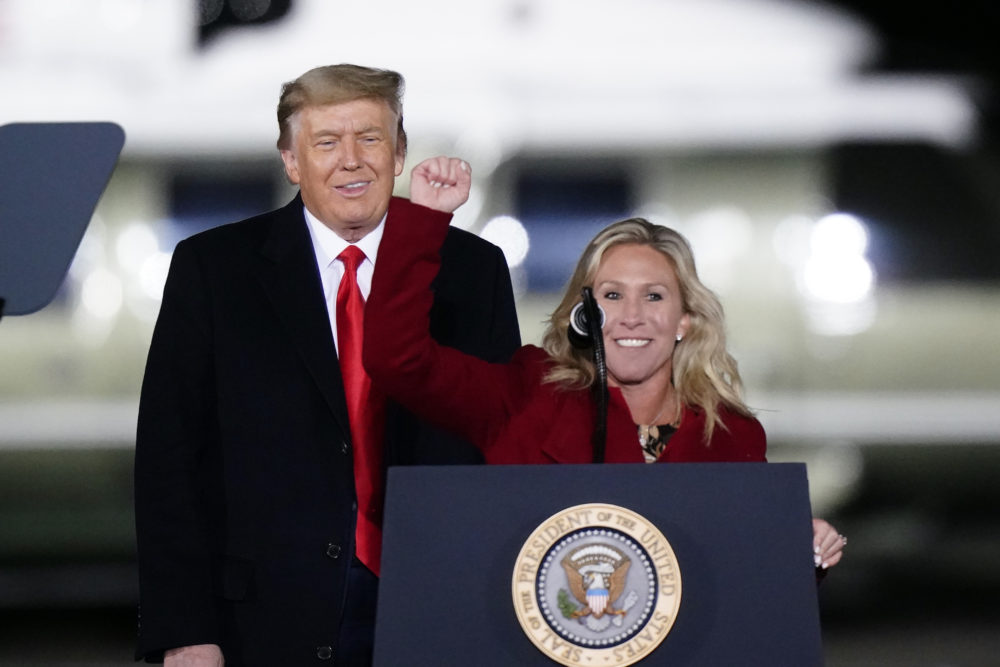 The MTG Fracas: Calm Down! She is a STRONG Advocate in Washington for Us.

Republicans and Democrats attacking MTG for her comparison of unreasonable mask mandates to the Yellow Stars the Jews were forced to wear during the holocaust.

Here is a quote from Newsweek magazine:

In an interview last Thursday, the controversial freshman congresswoman from Georgia attacked House Speaker Nancy Pelosi‘s decision to continue requiring members to wear masks on the chamber floor, likening it and other safety protocols to the persecution of Jews in Nazi Germany.

“You know, we can look back in a time and history where people were told to wear a gold star, and they were definitely treated like second-class citizens, so much so that they were put in trains and taken to gas chambers in Nazi Germany,” Greene said.

“This is exactly the type of abuse that Nancy Pelosi is talking about.”

Here’s what McCarthy and other Republicans have said: Marjorie is wrong, and her intentional decision to compare the horrors of the Holocaust with wearing masks is appalling,” McCarthy said in a statement.

Ok! Let’s take a chill and analyze this. First let me tell you about who MTG is. She is a Classic activist. She hails from the state of Georgia, a classic “RED” conservative who jumped on the Trump train after his 2016 win. She forayed into politics, acquired solid conservative support for her run for congress by people like Congressman Jim Jordan, Andy Biggs, conservative commentator Charlie Kirk and others. She is first and foremost a firebrand, unafraid to speak up, speak out and take a stand on behalf of American Constitutional values.

She is the antithesis of the “stuffed suit” “Yale/Harvard” graduate schooled in diplomatic hot air from the “Henry Kissinger school of politics.”

You must also understand that Donald J Trump has changed the face of the political right in this country. It is no longer a party of debates and “let’s all get along” politics. SHE IS A FIGHTER.

She is a STRONG supporter of Israel and a staunch spokesperson AGAINS ANTI-SEMITES!!

She is in the fight against Democrat open Ani-Semitism. I am personally appalled at the criticism by the Coalition for Jewish Values, an organization we love and support. But their remarks are seriously misplaced.

Nobody will ever accuse MTG of being tactful. Ill even go as far as saying she’s not a seasoned politician and surely does not live on a daily basis with a deep understanding of how we feel about the Holocaust. But you can be sure that neither does Kevin McCarthy and certainly not Nancy Pelosi.

And where did the Coalition for Jewish values on the outright Anti-Semitic statements by AOC or Rashida Talib and Ilhan Omar. Where are they on Bernie Sanders’ comments to “Disarm Israel.”

Instead, they are busy criticizing the few friends we have in Congress? Something is wrong here.

We at JNews fully support MTG in spite of her Faux Pas on the Holocaust.

One thought on “UPDATE: Get to Know this Congresswomen: She is a Good Friend to Jewish Causes:”