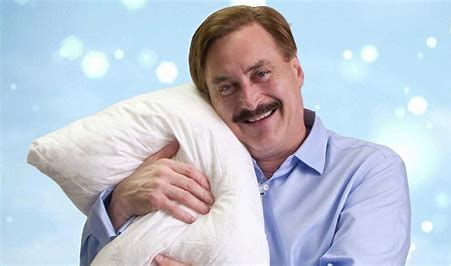 Conservative activist Mike Lindell, the CEO of MyPillow and a strong supporter of former President Donald Trump, said he was bounced from the Republican Governors Association meeting in Tennessee on Tuesday after vowing to have a showdown over the 2020 election.

Lindell said that he had barely settled in at the RGA’s spring conference in Nashville and picked up his credentials when he was told he was banned from any official events, according to Politico.

The more-or-less official story given to Politico by what it said was “an RGA official, who spoke on the condition of anonymity,” was that Lindell tried to join transportation for a members-only event and was denied access.

“These events are for RGA members, and Mike Lindell is not currently an RGA member,” the official said.

Lindell, however, showed Politico what appeared to be credentials allowing him into the event.

On Wednesday, he told The Washington Post that an RGA official told him he had been specifically banned.

On Tuesday, Lindell appeared on Steve Bannon’s “War Room” show and criticized Georgia Gov. Brian Kemp and Arizona Gov. Doug Ducey over the November election. The MyPillow CEO has strongly supported Trump’s contention that the election was lacking in integrity, particularly in those two states.

He said on the show that he planned to confront them concerning his election fraud theories and their actions in connection with the election.

Lindell told radio host Todd Starnes there is no question in his mind that the comments resulted in his banishment from the event.

“They invited me to the dinner at the governor’s mansion and right as we were leaving, the handler gave me all my credentials and VIP pass. Three minutes later he said I couldn’t go and was not invited to the rest of the event either,” he said.

“He [the RGA representative] said it had to do with Doug Ducey and Brian Kemp,” Lindell said.

“The RGA directly invited me. Doug Ducey and Brian Kemp should be ashamed of themselves!” he said. “Both feared being talked to by me.”

Lindell is facing a defamation lawsuit from Dominion Voting Systems concerning his claims of election fraud related to the company’s voting machines.