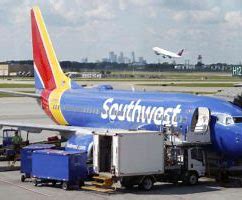 American and Southwest, which are based in Texas, have announced that because of Joe Biden’s demand that all the employees of federal contractors have to be vaccinated by December 8, both airlines will be complying by continuing to mandate vaccinations for their employees, despite the order of the Texas Governor Greg Abbott. All the major airlines are federal contractors and they don’t want to lose that money. Both are requiring that employees submit proof of vaccination by November 24 — just in time to make things really difficult for the holiday season if there are more “sickouts” or people refusing to go along with it.

In a notice, the union said that the company hadn’t had any discussion about natural immunity or the nature of possible exemptions, that they took unilateral actions, threatened possible termination and that they needed to have negotiations with the union.

American Airlines pilots have warned of a possible “staffing shortage” as well, which is why we reported they might be the next to have “issues” if they don’t work things out with their employees.