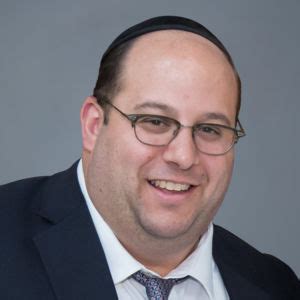 LAKEWOOD – Come next Purim, township children will get a tutorial on what’s appropriate makeup and costume wear during the festive holiday from the Agudath Israel of America.

Avi Schnall, director of the New Jersey Office of Agudath Israel, told the Press his organization is already marking the calendar to make sure the youth in the yeshiva community know that wearing blackface is derogatory and offensive.

“I think it’s equally as important to make sure we have this conversation in 10 months from now, before next year’s Purim (and) somebody makes this mistake,” Schnall said. “A month in advance, whether in schools and other spaces, we’re going to publicize, to remind people that there are certain customs which we may not realize may seem insensitive to other communities that live here in Lakewood.”

Fred Rush, the local NAACP chapter president, told the Press he welcomed the move, following a discussion with Schnall and other local leaders.

“This is just a start,” Rush said. “But this talk might be the first step to make sure this doesn’t happen in the future, because I’m tired of reacting to stuff like this every year.”

The comments come on the heels of a virtual meeting Ocean County Prosecutor Bradley D. Billhimer “hosted” Friday to address a controversy that erupted Feb. 26, when children in Lakewood wore blackface, Afro wigs and sweatshirts with Black Lives Matter emblazoned on them during Purim celebrations.

Photos of the children circulated on social media. Rush told the Press he saw the costumed children and talked to adults present to let them know that “it’s totally inappropriate that the children do that.”

Rush was further alarmed, he told the Press, after he saw people hanging an effigy inside a home, an image that evokes the horror of Black lynching, which claimed thousands of lives, primarily in the South, from the 1880s through the 1960s.

Some Purim celebrations include hanging an effigy of Haman, who, in the biblical Book of Esther, was an adviser to an ancient Persian king who plotted to kill the Jewish people.

After Rush’s complaint — he called Lakewood police — the Lakewood Vaad, Issued a statement. : “As part of reminding ourselves that Haman tried to hang Mordechai and commit a Holocaust against the Jews, some respond with merrymaking of hanging Haman in effigy. In today’s culture such is perceived by others as reminiscent of their own tragic history and thus is not appropriate for a Jew to do.”

Board of Education president Moshe Bender also attended the meeting, though the Purim celebrants undoubtedly attended private Jewish schools, rather than the public school district. Bender was brave enough not to respond to calls requesting comment.

The Attorney for the Board of Education Michael Inzelbuch compared the people’s silence on the matter, to keeping silent to Neo-Nazi marches.

” [I] recall the Skokie March by neo -Nazis in my generation that was permitted by the First Amendment, but, was a heinous demonstration of insensitivity to millions of then Holocaust survivors , including much of my family and family friends .As a kid what bothered me the most was not the neo Nazis,but, the complicity and silence of the overwhelming part of our nation to such an insensitive act with many saying “it ain’t us “ and “those people deserve it…. we at the Lakewood school district will be formulating an educational response for all students and their families…. thru education, formal and informal, strongly consider educating your students as to this important issue.”

Schnall said that the issue had been discussed among many of the 137 nonpublic schools in town, most of which are religious Jewish schools.

Billhimer, the county prosecutor, said facilitating the meeting was an opportunity to bring people together to find ways to “move forward as a community” and understand the shared commonalities.

The county’s top law enforcement officer called the incident unfortunate and said that it was just children celebrating a holiday. He said that as soon as he saw them over the weekend he got in touch with leaders of the Black and Jewish communities.

“[Having this conversation] is important because I feel whenever you’re marginalizing anyone, any of your neighbors, we must have a discussion to develop and nurture the relationships that we have,” Billhimer said.

The prosecutor said that he expects these meetings to happen quarterly.

Rush said that he welcomed the attention from local leaders, but that the focus should not only be on the children.

“We shouldn’t just be talking to the children because the children didn’t just buy these costumes and wore them,” he said “The adults enabled them and when they saw them they didn’t do anything about it.”