A Most BIZARRE Development in the Fight to Protect Intellectual Property Against Theft by China: ‘Just Don’t Protect it’ 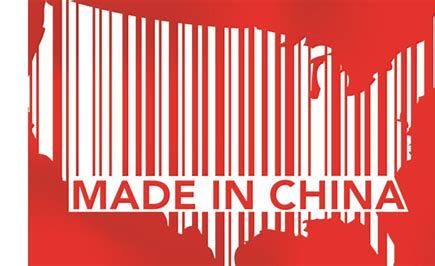 In a novel move, President Donald Trump was able to get vaccines developed for the Wuhan coronavirus by partnering with private companies, investing taxpayer dollars and speeding up the process. As a result, American companies were able to develop the vaccines in record time.

Now, Joe Biden is throwing that exceptional effort and the money invested by the U.S. under the bus, and he’s backing a plan to shred the intellectual property rights of the American companies that went all out to help develop a vaccine to help the country.

According to Townhall, U.S Trade Representative Katherine Tai issued a statement saying that the administration supports waiving the protections on the intellectual property for those vaccines.

Not only is that betraying the U.S. investment in U.S. companies, Biden’s decision is basically opening the door to countries like China, who covered up the virus at the start, to grab the intellectual property and run without consequences — to benefit off the backs of our work — for a crisis they made worse.

So, guess who was thrilled with the announcement? You got it, China.

This is the government guy who is always taunting the U.S. on Twitter, cheering the decision, having the audacity to reply to the announcement.

Chen is saying “pressure” got Biden to do this. How much of that pressure was influenced by China?

If this CCP government propagandist is applauding this, you know how wrong it is.

Now, you don’t have to do this to help other countries — or give them the vaccine, if you want to. You can distribute the vaccines to the countries that need it without destroying the intellectual property rights or undermining our relationship with those companies. Why would any of these companies work with the Biden regime in the future, as they did with President Trump, knowing Biden might not even allow them the rights to their own inventions and what they have developed?

Now, even though Biden has okayed this idea, the agreement not been worked out by the WTO yet ,and there are other roadblocks in other countries, Townhall notes. So even with Biden being stupid, there’s a possibility it wouldn’t go through.

But, all this wasn’t very reassuring to the representatives of the companies who put in such effort, Townhall reported.

In a statement, the Pharmaceutical Research and Manufacturers of America (PhRMA) blasted the Biden Administration’s “unprecedented” decision to eliminate protections on vaccine patents “that will undermine our global response to the pandemic and compromise safety” and “further weaken already strained supply chains and foster the proliferation of counterfeit vaccines.”

PhRMA also points out that the proposed waiver “flies in the face of President Biden’s stated policy of building up American infrastructure and creating jobs by handing over American innovations to countries looking to undermine our leadership in biomedical discovery.”