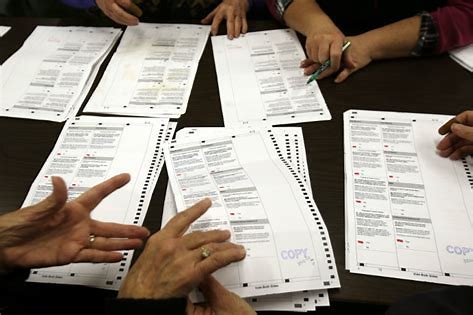 The trip comes shortly after Pennsylvania lawmakers made a similar trip and calls for an audit.

Two Wisconsin Republican state lawmakers have called for an audit of the 2020 election after visiting Maricopa County, Arizona, to observe that election audit.

Republican state Rep. Janel Brandtjen, chairman of the Campaigns and Elections Committee, and Rep. Dave Murphy traveled to Arizona this past weekend, according to Wisopolitics.

Brandtjen said Wisconsin needed a review of the election due to the amount of private funding in cities during the 2020 election. However, she said she was unsure whether the Wisconsin Legislative Audit Bureau has the authority to issue an audit like the one going on in Arizona, called for by the GOP-controlled state Senate and conducted by an outside contractor.

“We need to restore integrity as we have huge numbers of individuals that have questions about a process that’s become highly politicized,” Brandtjen said.

The lawmakers’ trip comes after a group of Republican Pennsylvania lawmakers made a similar trip in early June to Arizona to observe the audit. The lawmakers are also calling for their state to adopt a similar inspection.

Wisconsin Assembly Speaker Robin Vos, a Republican, who approved the trip to observe the Arizona audit, hired three lawyers last month to work with an assembly committee to review the election, according to The Epoch Times.

“We need to have a fact basis to continue to show the public in Wisconsin that, number one, we continue to take these irregularities seriously,” Vos said.